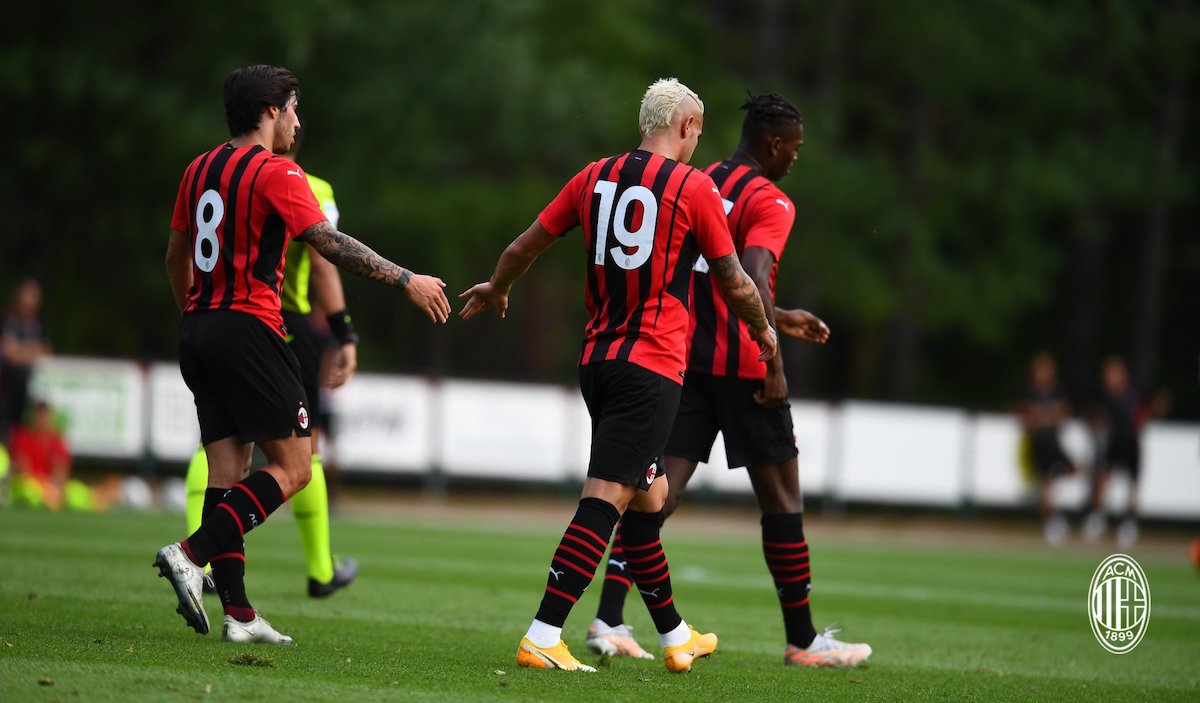 AC Milan got their preseason off to a winning start as they beat Serie C side 6-0 at Milanello thanks to a rampant first half.

After dominating the opening exchanges against their visitors but failing to really penetrate their low block, the Rossoneri did get on the scoresheet 19 minutes in thanks to a goal from Ismael Bennacer. A counter-attack was led by Theo Hernandez and he fed the Algerian, who finished smartly with an effort that went in off the inside of the far right post.

Three minutes later Milan doubled the scoring as it looked like the floodgates were about to open. This time it was Rafael Leao who was given far too much space to run at his man in isolation after a fee from Daniel Maldini, and the Portuguese forward cut onto his right foot and curled in with a tidy finish.

Seven minutes before the interval it became 3-0. After a period spent camped in the Pro Sesto third, Samu Castillejo found space to shoot from a central position 25 yards out and whipped his effort into the bottom left corner.

The fourth goal of the game came with 15 minutes to go, and although it was Lorenzo Colombo who fired the initial effort on goal, it rebounded back off the post, Tommaso Pobega struck the woodwork, the ball then hit a Pro Sesto player before going in.

It was 5-0 with a couple of minutes to go Milos Kerkez drove a low attempt that looked like a cross fizzed across goal, but it went through everyone and ended up in the back of the net. It was 6-0 with the last action of the game as Kerkez got his second, finishing neatly inside the far post after collecting a pass inside the box.

In truth though, it was a second-half that was frustrating to watch for the level of missed chances, with Primavera forward Capone missing a couple of good chances and Jens Petter Hauge hitting the post.