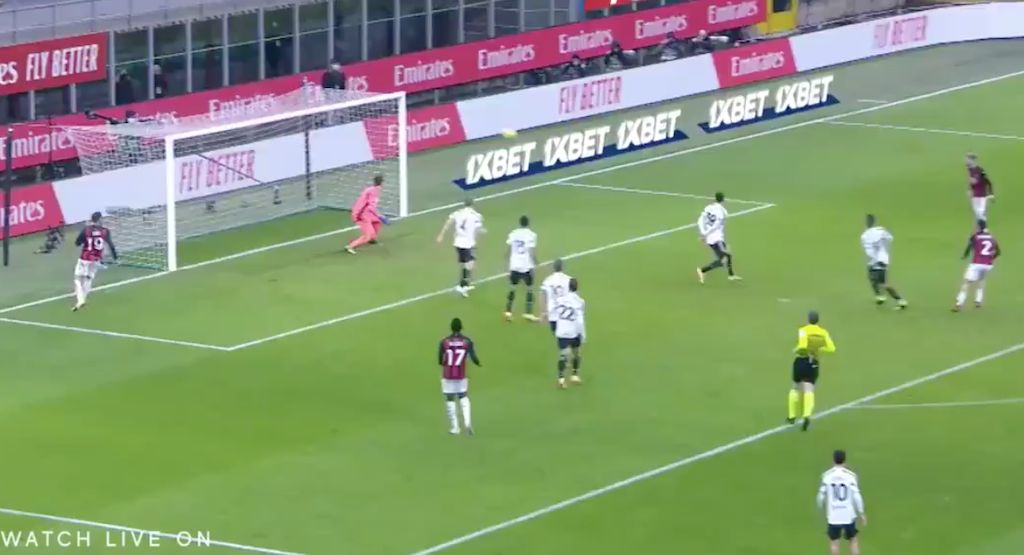 Watch: Calabria equalises for Milan against Juventus with gorgeous shot into top corner

Davide Calabria got his second Serie A goal of the season as he equalised for AC Milan against Juventus at San Siro.

Five minutes before the break, Milan got the equaliser that their first half play deserved. The Rossoneri won the ball back with Juve on the attack and sprang a break of their own, with Leao darting at the defence and feeding the ball to Calabria who stroked home with a gorgeous first-time sidefoot finish into the top corner.

Calabria with a beauty of a finish to equalise for Milan! 😍

Juve wanted a foul in the build-up, but Milan's makeshift midfielder made no mistake with the strike 👀 pic.twitter.com/oBWRqqIWub