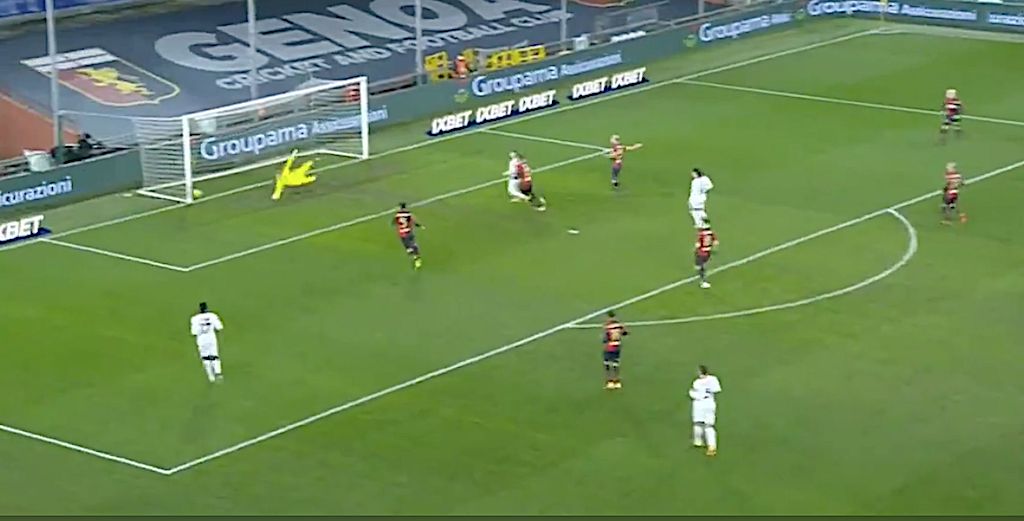 Watch: Calabria levels for Milan against Genoa with a fantastic strike from 20+ yards

Davide Calabria got Milan back on level terms with a fantastic strike from distance at the Marassi against Genoa.

The home side took the first lead with the first attack of the second half, and it was Destro who got the goal. Donnarumma made a great save to deny Shomurodov’s spinning attempt, but he could not stop the ball being tapped in from close range on the rebound.

Despite the setback, Milan levelled the game moments later. Some eyebrows will have been raised when Calabria wound up and shot from from around 25 yards out, but the ball sat up for him perfectly and he fired in past Perin inside the far post.

☄️ That is a HOWITZER from Calabria.pic.twitter.com/YKDPoHvXPX