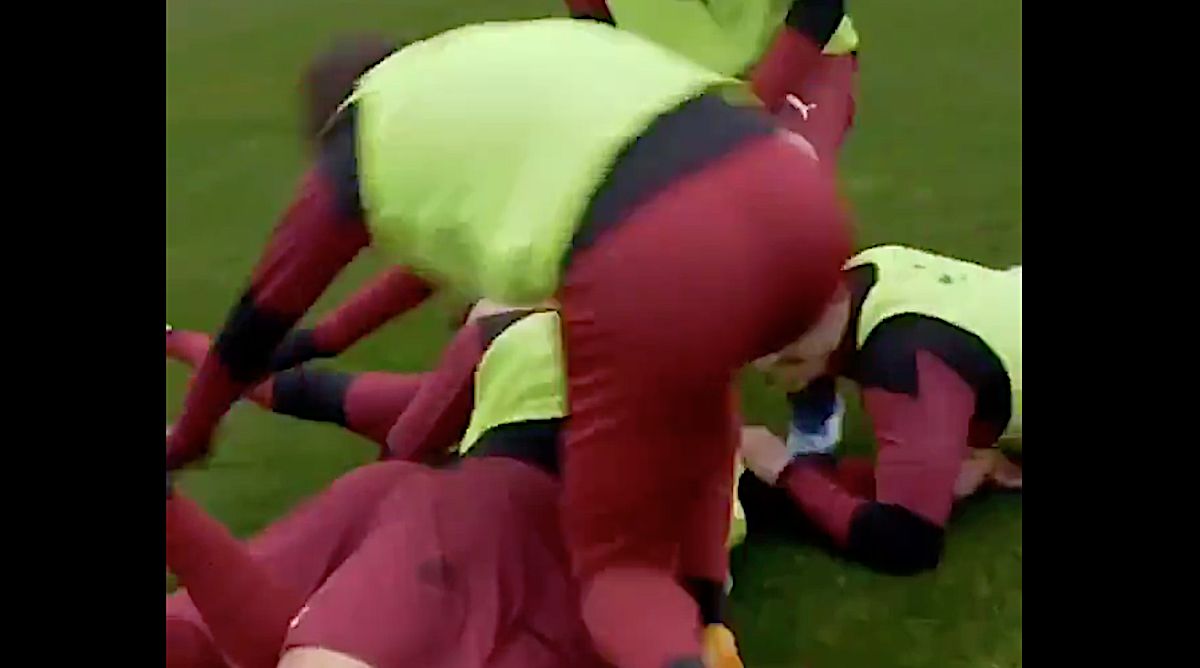 Sometimes we see snippets from training that are perfect demonstrations of the unity that the current squad has, and another has emerged.

The Rossoneri currently sit top of the Serie A table with a two-point advantage over their city rivals Inter having won 15 of their opening 21 league games this season, losing just twice, and togetherness has been cited as a big factor as to why the team are performing so well.

As seen in the video below, during a training drill Davide Calabria netted with a bullet header and was mobbed my his team-mates. One of those in the derby would be nice…

💭 Imagine @davidecalabria2 winning the derby with a header like this…pic.twitter.com/pCJsiNN0qF