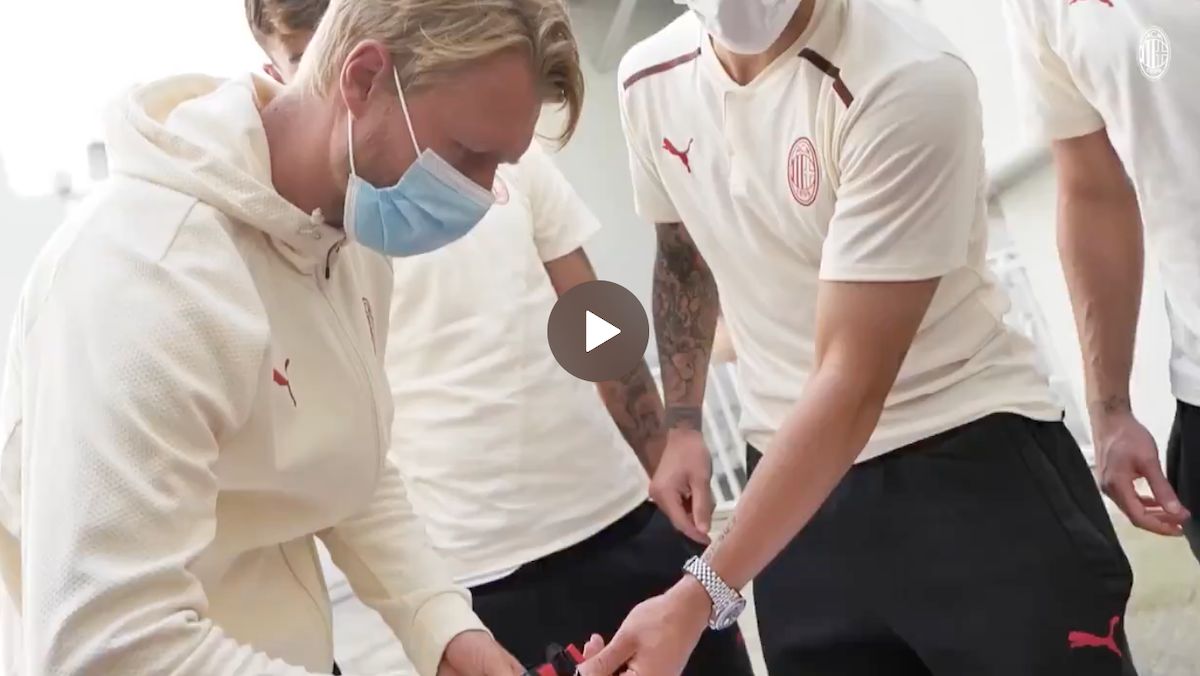 Watch: Calabria, Tonali and Kjaer discuss why Milan will play better with fans back at San Siro

AC Milan trio Davide Calabria, Simon Kjaer and Sandro Tonali spoke to fans at a special event about the return of fans to the stadium.

Calabria, Tonali and Kjaer met some Rossoneri Fan Token holders during the exclusive meet and greet put together by Socios before the match in Trieste against Panathinaikos, which was the final preseason game of the season.

The three players answered their questions about the return of fans to the stadiums, with today marking the day that tickets went on sale for Milan-Cagliari. Their comments were transcribed by MilanNews.

Calabria: “It will be great to have people back at the stadium, especially because a club like Milan has fantastic fans. Having the audience in friendlies has already given us something more.”

Tonali: “I think that playing with the fans or without are two completely different things. Having an audience will be a point in our favour, they will help us to manage the matches better.”

Kjaer: “With the fans will we do better? We will do our best to reach the goal. We have played a long time without fans: we will do everything to improve this year. There is only one goal to do this: to look up.”

Dear Rossoneri, we can’t wait to have you back at San Siro this season ❤️🖤

Hear what @simonkjaer1989, @davidecalabria2 & Sandro Tonali had to say to $ACM Fan Token holders during the exclusive meet&greet powered by @socios in Trieste.