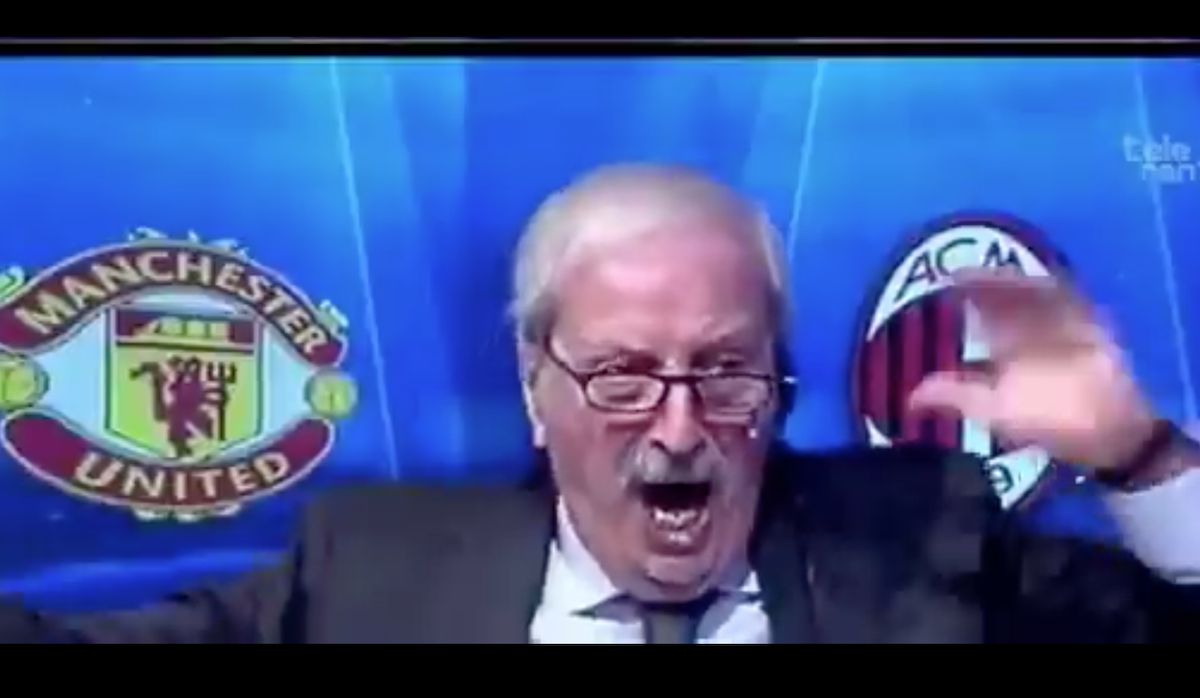 Tiziano Crudeli was his usual red-faced self in the DS7 Gold studio as Milan scored a 92nd-minute equaliser against Manchester United.

Kjaer’s late goal was the least that the team deserved, and Crudeli certainly enjoyed it…