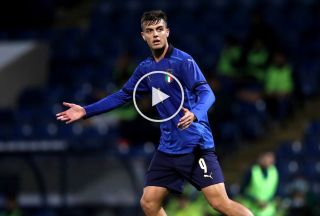 Watch: Full replay of Daniel Maldini’s goal for Italy U20 against England

Daniel Maldini has started this season well as in addition to getting his first goal for AC Milan, he has delivered for the national team as well. In action with Italy’s U20 side, two days ago, he got on the scoresheet.

Just like against Spezia, Maldini scored with a header and while that was initially deemed as his weakness, we can now say that he’s good enough with his head. Of course, he’s even better in other areas.

You can take a look at his goal in the video below. Hopefully, he will get even more playing time for the Rossoneri this season.

😍 There is finally a video of Daniel Maldini's goal for Italy U20 vs. England. Headers are becoming his thing…