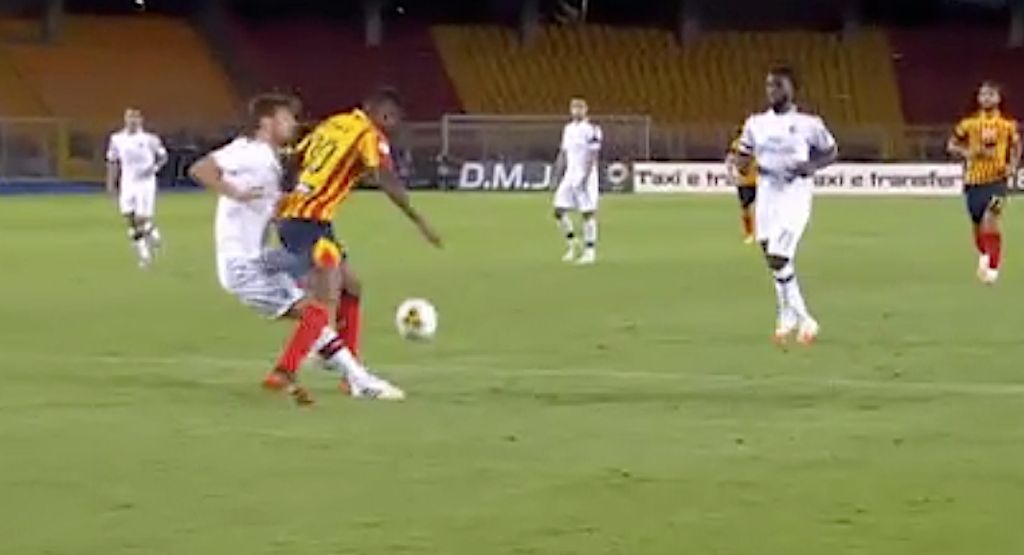 Matteo Gabbia appeared to be hard done by in Monday night’s 4-1 win over Lecce as he was punished for a foul in the area on Khouma Babacar.

Gabbia was brought on early in the second half after Simon Kjaer hobbled off having looked to have fought off the previous injury he sustained.

Gabbia was penalised for a foul on Boubacar with Paolo Valeri immediately pointing to the spot and not consulting with VAR, and Mario Mancosu sent Donnarumma the wrong way from the spot to level.

Replays seemed to show it looked harsh as Boubacar essentially fell into Gabbia rather than the latter fouling him, and the images below shows their body position as the contact was made.

So falling into someone gets you a penalty now… pic.twitter.com/baws9GfcXX