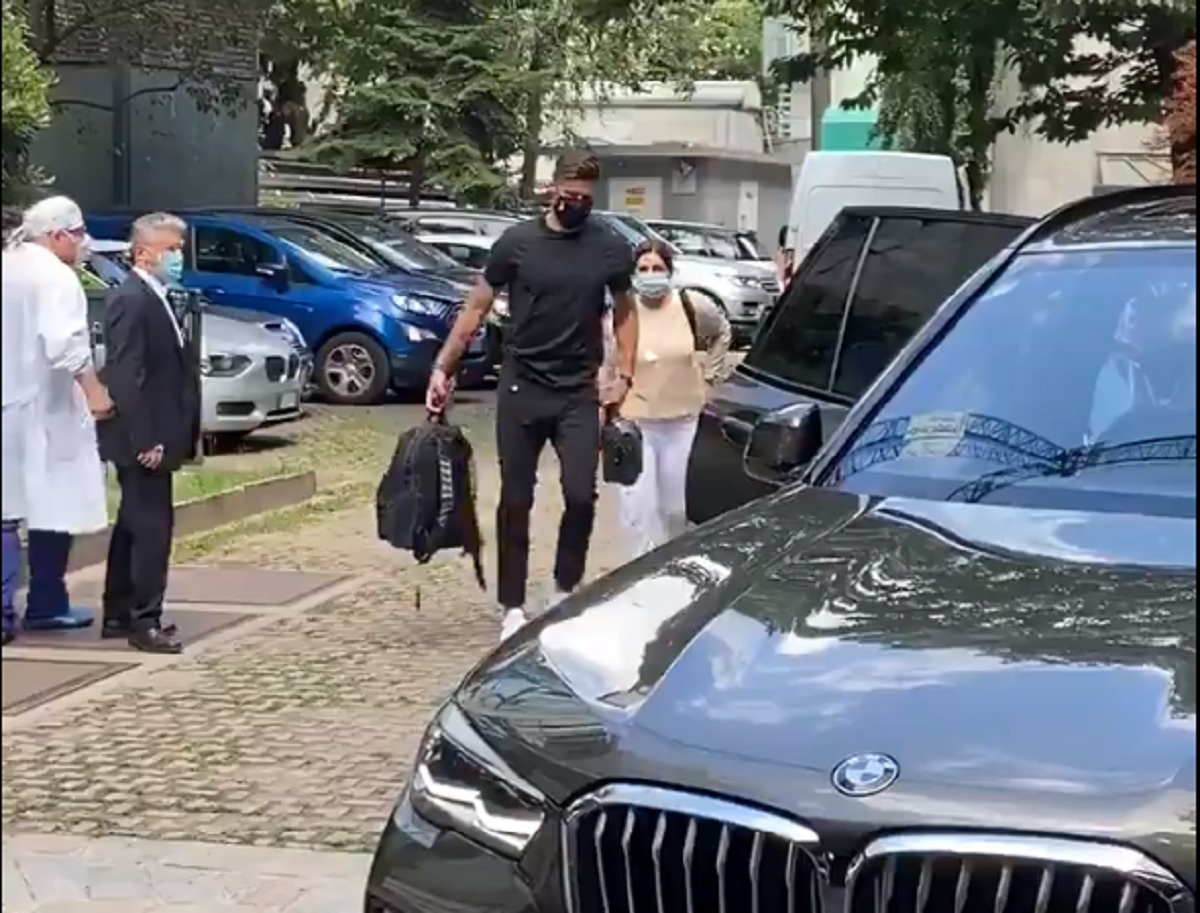 Olivier Giroud arrived at La Madonnina clinic earlier this morning and has now completed the first part of his medical. The Frenchman was captured by the editorial staff of MilanNews as he left the clinic.

As stated by Antonio Vitiello, Giroud will now have the fitness tests before signing the contract with his new club. He’s expected to do the latter tonight and it remains to be seen if Milan will announce it today.

It will be a big boost for the Rossoneri have Giroud next season. The striker will resume his vacation once all this is done and will return on the 26th. Take a look at the video below.