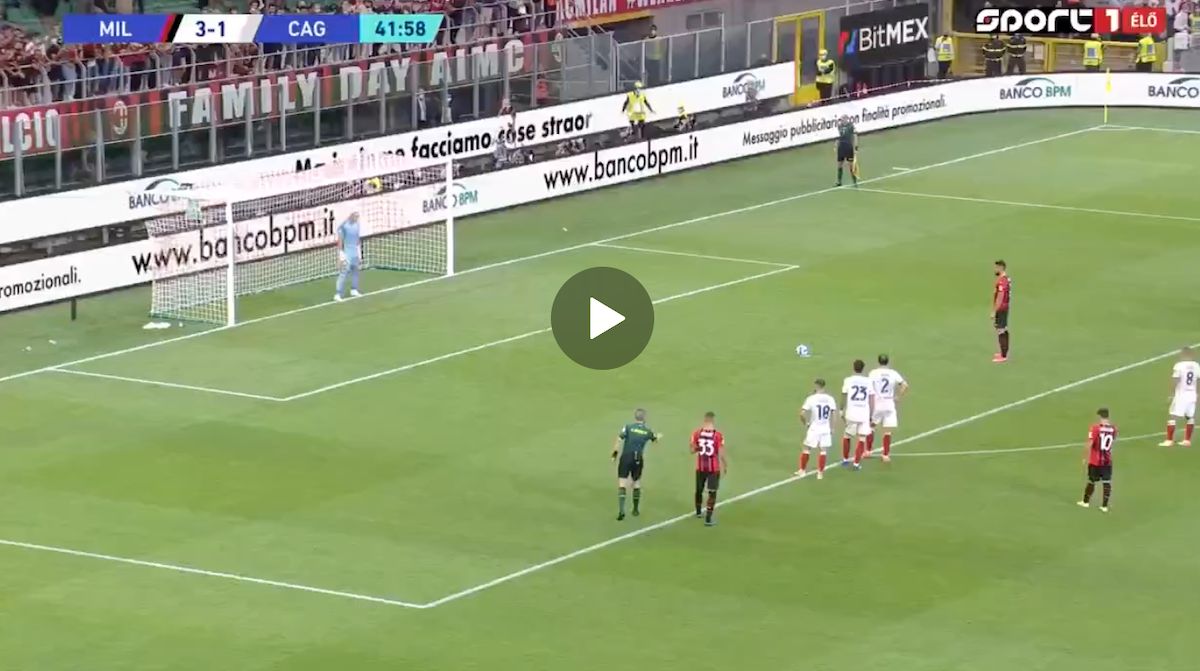 Watch: Giroud gets his second of the night with confidently taken penalty

Olivier Giroud made sure to mark his first San Siro start with a brace, despatching a penalty confidently to extend AC Milan’s lead.

Four minutes before the break Milan were given a chance to get their fourth from the penalty spot. Good work from Leao found Brahim Diaz, whose shot cannoned into the arm of Strootman and was initially given as a free-kick and a yellow card. VAR intervened, rightly gave a penalty kick and Giroud stepped up to secure his second of the night and make it 4-1.