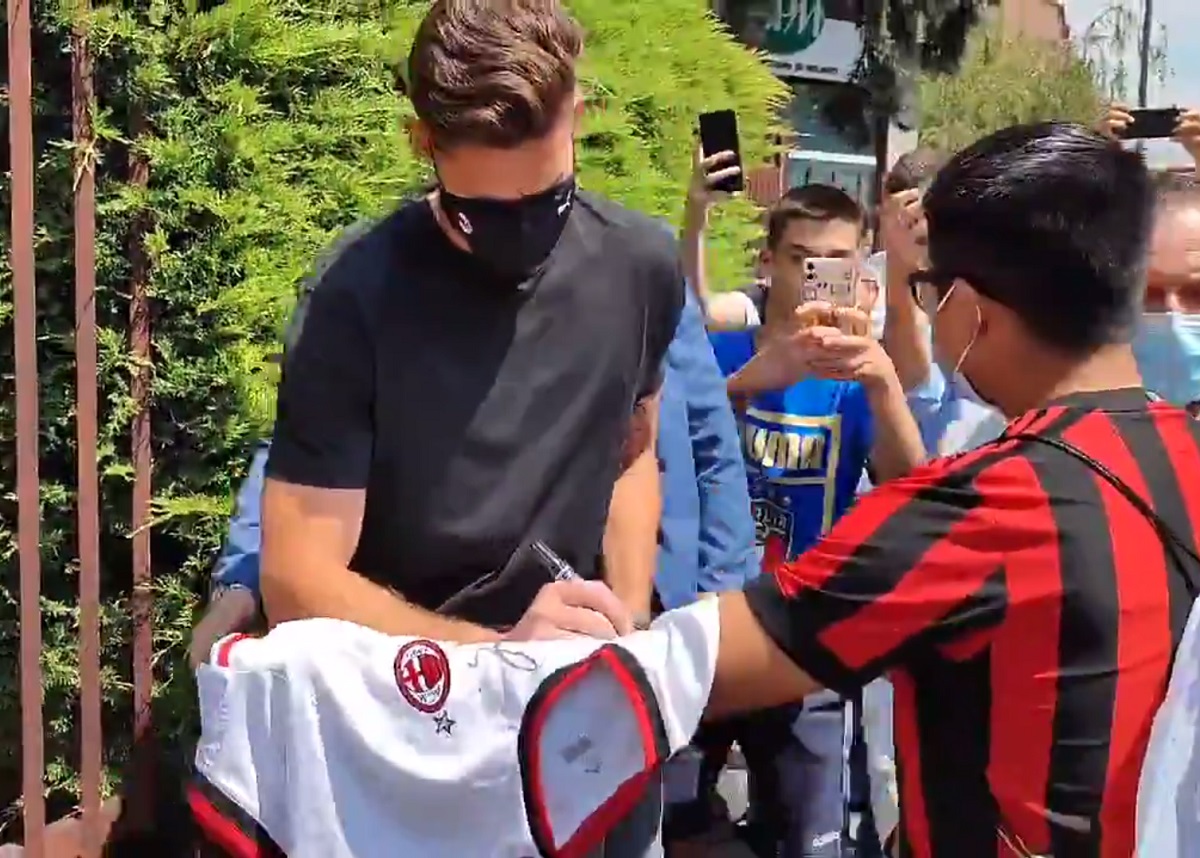 Olivier Giroud has concluded the second part of his Milan medical and will soon sign the contract at Casa Milan. After several weeks of rumours, therefore, the striker is finally ready to complete the move.

When he left the facilities where he underwent the fitness tests, he signed a few autographs and also took some photos with the Milan fans present (see video below). He was also asked how he feels and said it is ‘perfect’.

He will sign his contract with the club later today and the deal should be announced before the end of the day. In other news, he has decided to wear the No.9 shirt (read more here).