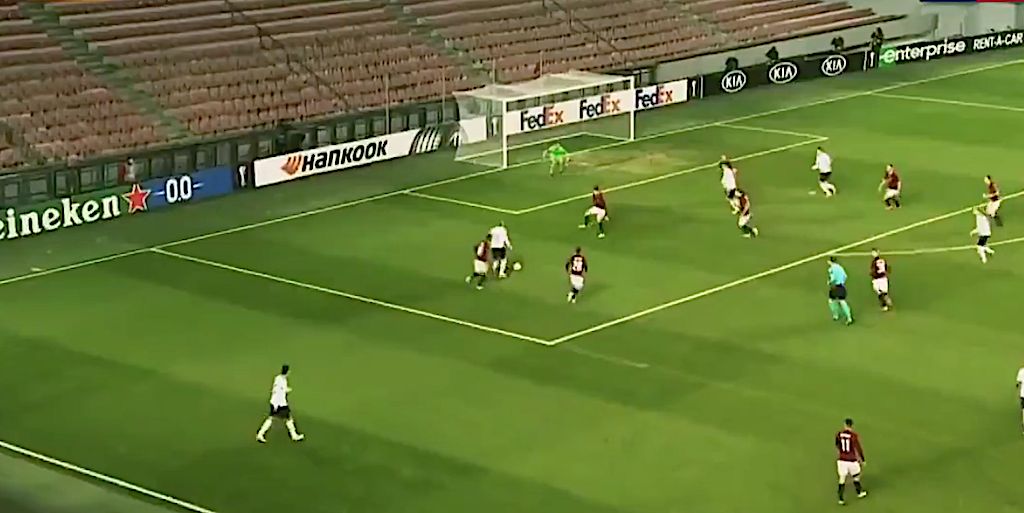 Jens Petter Hauge netted his third goal in four games and his fourth for AC Milan in total as he gave his side the lead against Sparta Praha.

It seemed that the main source of Milan’s danger was going to come from getting the ball to the wingers in space, and that’s exactly how the opener arrived. Hauge picked up the ball on the left and darted inside before opening his body and sidefooting it inside the far post. It was deja vu of the goal against Celtic at San Siro in many way.

🔥 HAUGE'S ON FIRE, YOUR DEFENCE IS TERRIFIEDpic.twitter.com/zzwZuP6CTy