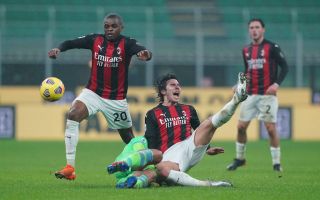 Watch: Highlights of Kalulu’s performance vs. Lazio including big hand in winning goal

Pierre Kalulu received mixed ratings from the media after his defensive display against Lazio for giving away a penalty (albeit very soft) and losing his man for the second goal.

However, few have noticed that the Frenchman actually played a big part in the winning goal. There have been question marks about Kalulu’s ability in the air, but he leapt highest to beat Muriqi – known for his aerial ability – to a long ball.

From there, the other corner kick was won and Theo Hernandez scored the winner with a header…