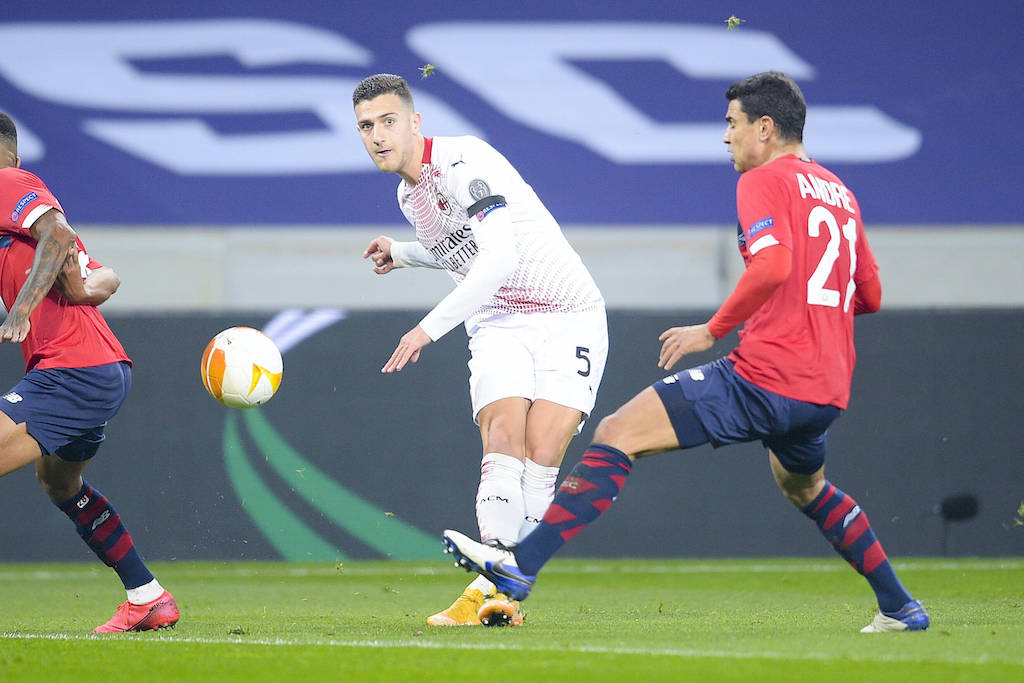 Watch: Highlights of Man Utd loanee’s performance vs. Lille and his player ratings

Manchester United loanee Diogo Dalot was given another start for AC Milan in the Europa League, playing at right-back in the 1-1 draw with Lille.

Dalot earned a score of 6 out of 10 in our player ratings, with the following comment: “Though not impactful offensively, the fullback was solid in defensive with multiple crucial interceptions and perfect positioning.”

At times Dalot slotted in as a makeshift centre-back as Milan transitioned into a 3-4-3 on the ball, while on the opposite side Theo Hernandez was given attacking freedom.

Tuttosport gave Dalot a 6 out of 10 too, but La Gazzetta dello Sport awarded him a 5.5, saying that he could have been to blame for the equalising goal, adding: “In general, several innacuracies.”