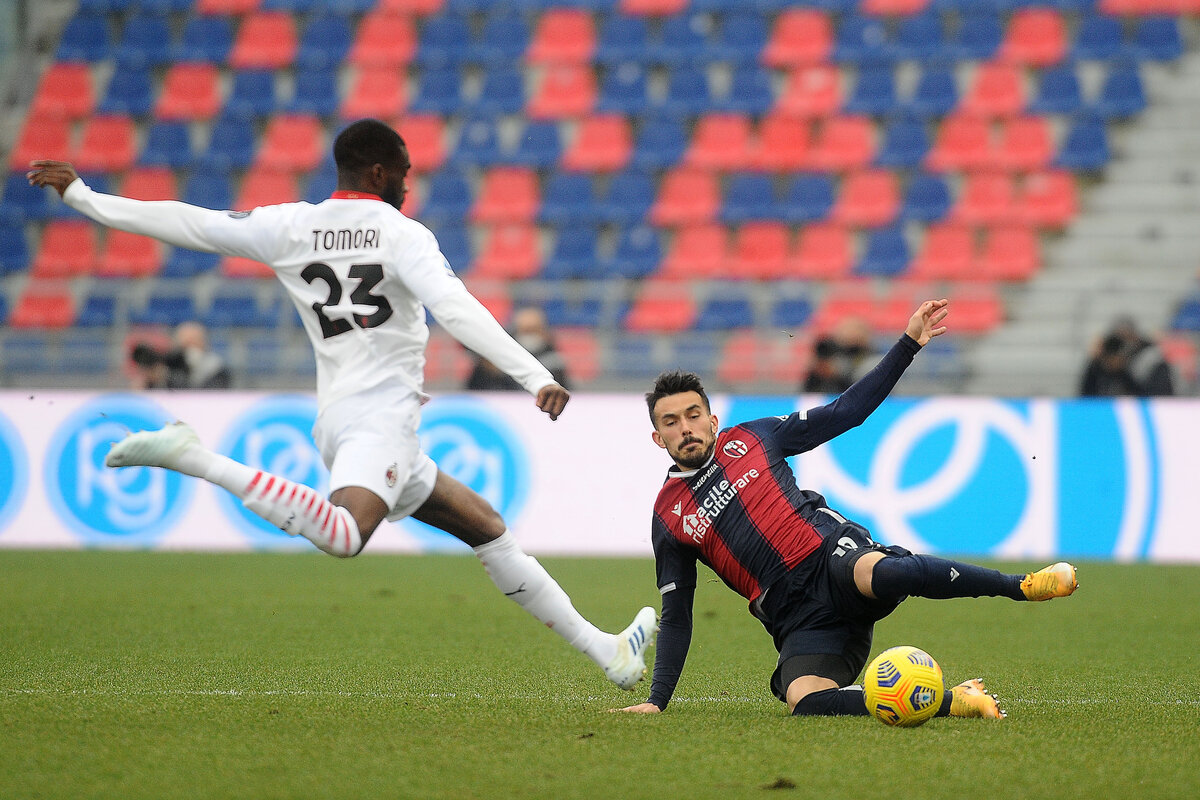 Watch: Highlights of Tomori’s first Milan start – ‘I do see what Chelsea fans were complaining about’

Fikayo Tomori made his full debut for Milan yesterday as they beat Bologna by two goals to one away from home. Alongside captain Alessio Romagnoli, the Chelsea loanee impressed with his performance.

The centre-back arrived at the club just last week and made an appearance off the bench against Inter mid-week. Due to Simon Kjaer’s injury, he got the chance from start against Bologna and showed off his qualities.

As seen in the highlights reel below, it wasn’t a bad full debut for Tomori and Chelsea are right to be a bit worried. A Milan fan wrote: “He’s really good. I know it’s the first appearance, but I do see what Chelsea fans were complaining about by letting him go.”

He's real good. I know first appearance, but I do see what Chelsea fans were complaining about by letting him go. Maybe we should redeem his contract.

READ MORE: From president to talisman – Milan still unbeaten with Kessie on scoresheet