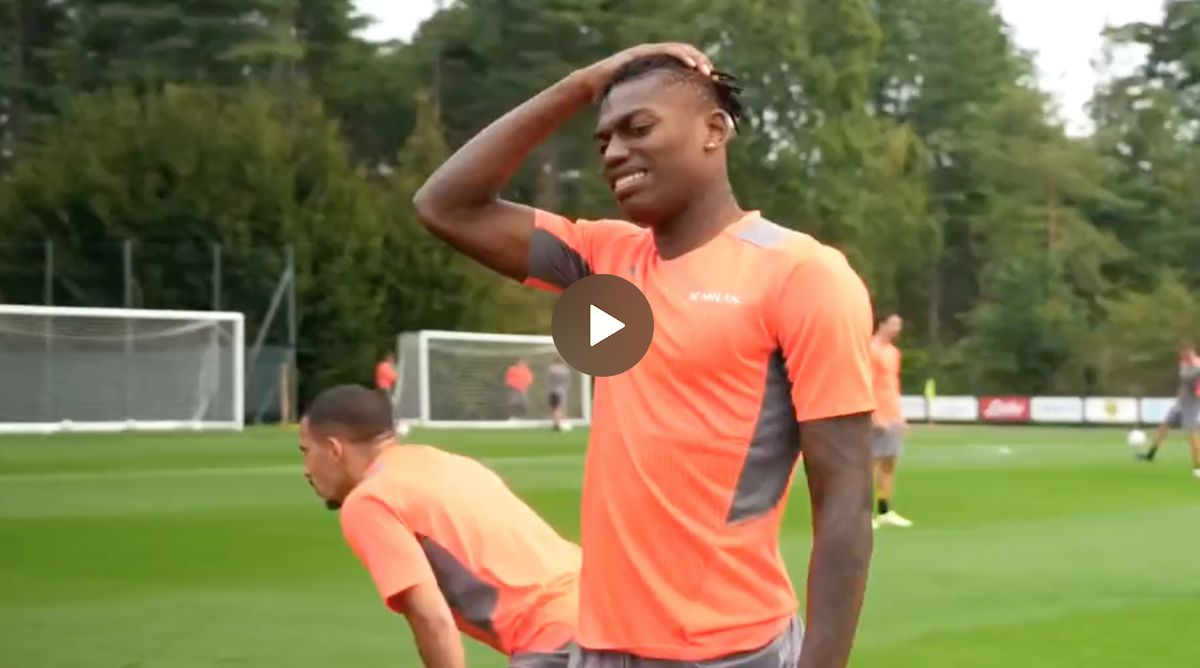 There was a hilarious exchange at Milanello earlier today involving Rafael Leao and Sandro Tonali during this morning’s training session.

Leao was caught laughing as Tonali arrived late to training, and we have since learned that the midfielder was suffering from an intestinal problem. The Portuguese winger laughed upon seeing his team-mate to which Tonali abruptly asked him “What the f*** are you laughing at?”

Romagnoli swooped in to greet Tonali as Leao remarked that the team ‘need you for tomorrow’. As the camera pans, Pioli enters shot juggling the ball and then realises he is being filmed, exiting rather awkwardly.

➤ Pioli enters the scene juggling a ball and looks like he will break the camera.