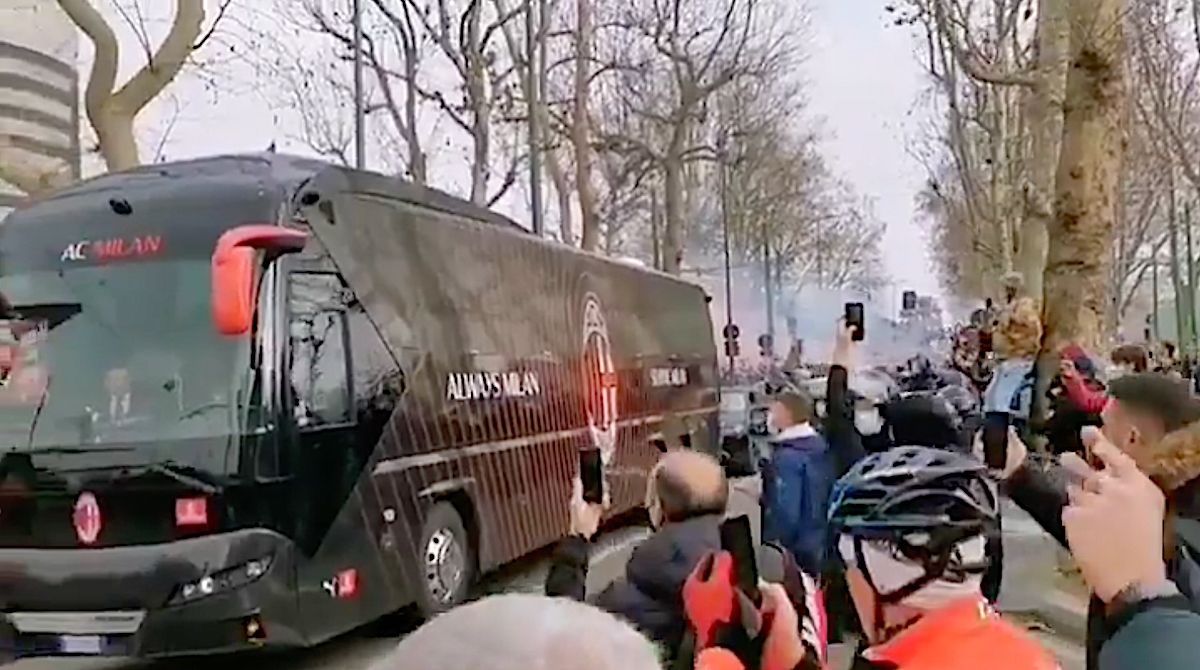 Watch: Hundreds of Milan fans line the streets to welcome team bus ahead of Inter clash

AC Milan fans have lined the streets outside San Siro to welcome the team bus on its approach to the stadium.

The Curva Sud Milano announced that they still want to express their support for Stefano Pioli’s team despite supporters not being allowed inside the stadium and in an official press release they confirmed their plans to gather outside Gate 14 with flags, scarves, banner and drums.

They have been at San Siro since the morning, and the arrival of the team bus sparked more incredible atmopshere…