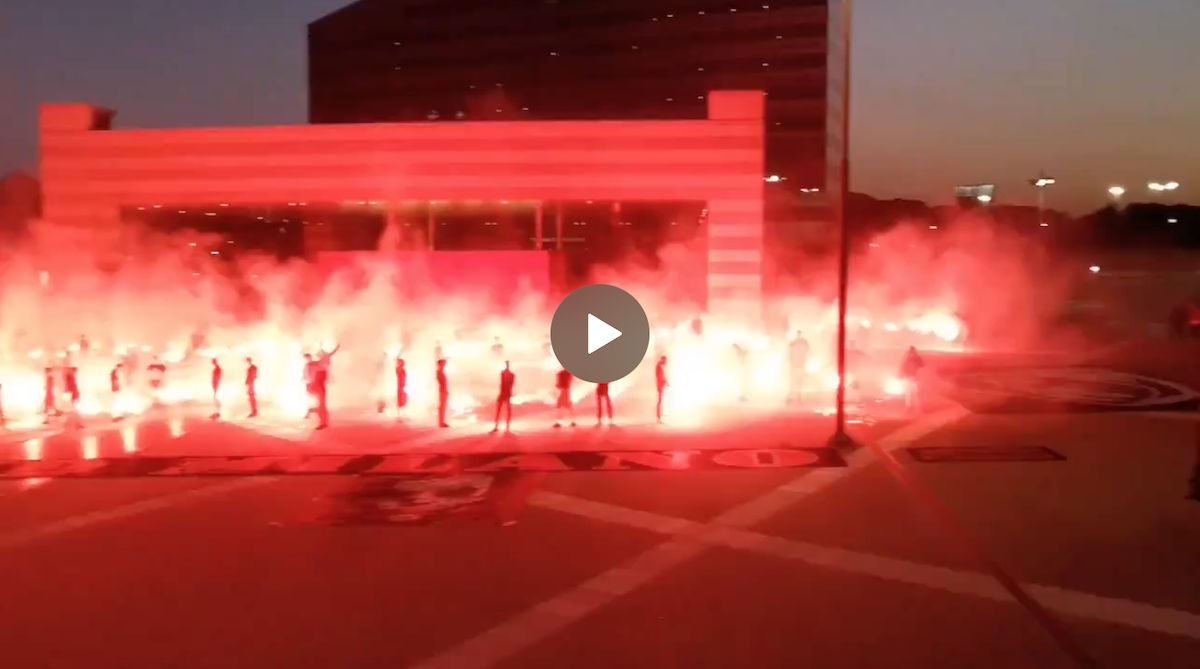 Watch: Hundreds of Rossoneri fans put on fantastic show outside Casa Milan to thank the team

Hundreds of AC Milan fans gathered outside Casa Milan to pay tribute to the team for achieving a second-placed finish and a return to the Champions League.

The Rossoneri’s 2-0 win over Atalanta in Bergamo just over a week ago sealed the team’s highest finish since the 2011-12 season, and the general consensus is that the team are on the right path towards restoring the club towards its former glory. The ultras wanted to pay tribute to the work done by the management, with a spectacular show outside Casa Milan.