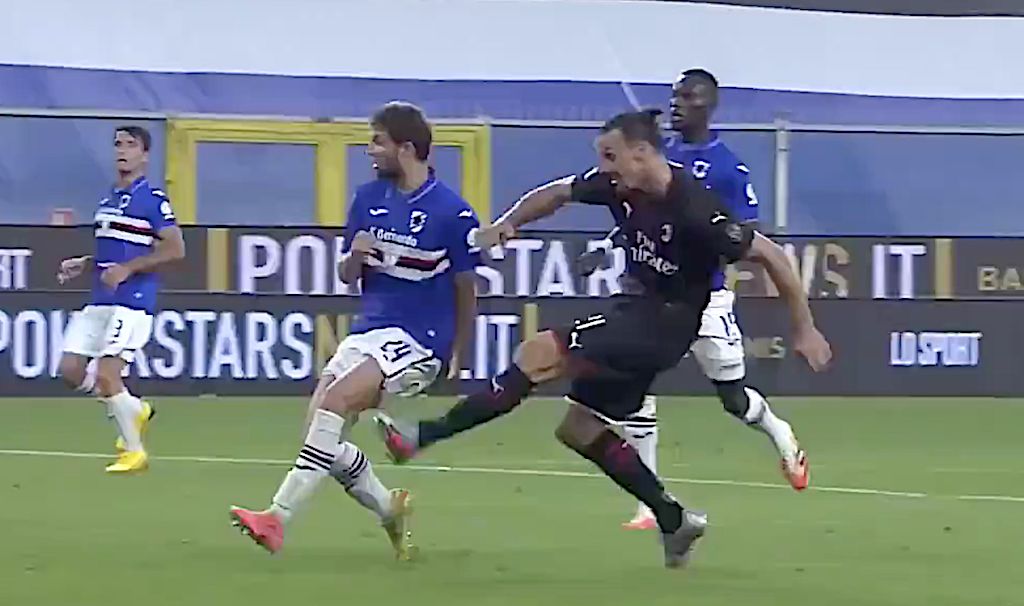 Watch: Ibrahimovic bags yet another brace with smart finish to put Milan out of sight

Zlatan Ibrahimovic got himself another brace as he put the game beyond doubt for AC Milan against Sampdoria at the Marassi.

Moments after Calhanoglu had made it 2-0 with a thunderous scissor kick finish, Ibrahimovic got his second goal of the game to put the game beyond doubt.

A counter-attack was led by the Turkey international who had Saelemaekers to his right and the Swede to his left, and Hakan chose to feed Ibra who finished past Falcone at the near post.