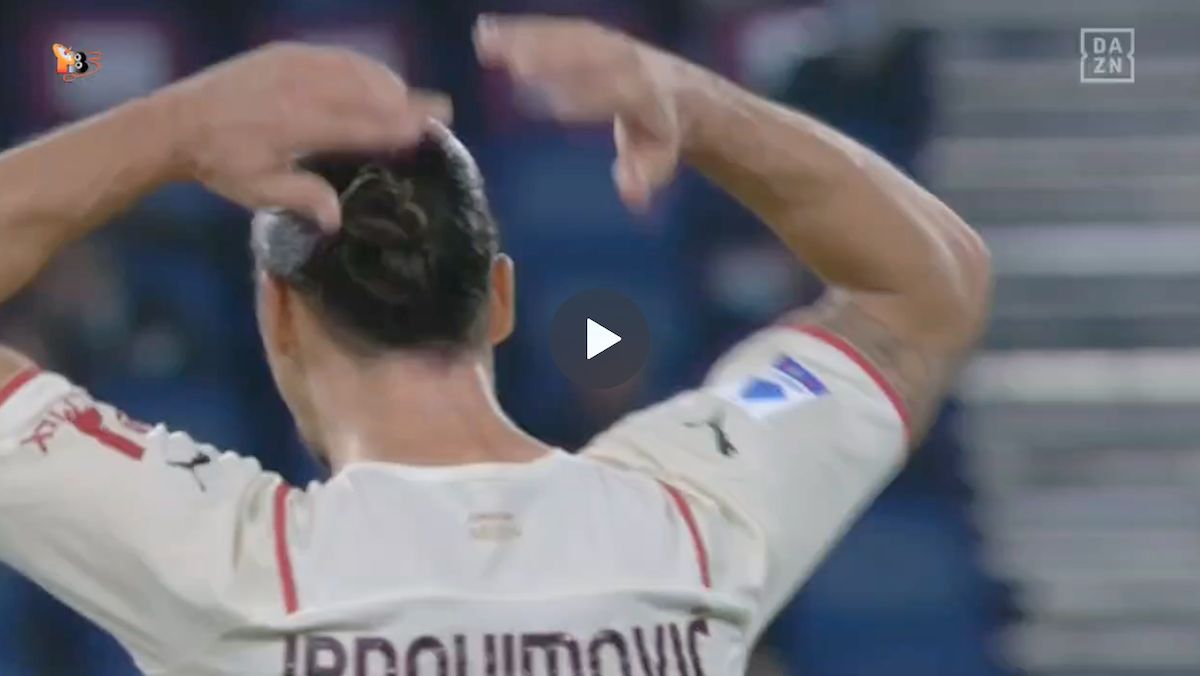 Watch: Ibrahimovic booked for provoking Roma fans after being abused

Zlatan Ibrahimovic was booked by referee Fabio Maresca after he responded to abuse from Roma fans following his goal at the Stadio Olimpico.

Roma fans were chanting “Sei uno zingaro” at Ibrahimovic, which means “You are a gypsy”. After he scored his free-kick to make it 1-0, the Swede told the fans to sing louder and the referee booked him for provocation. The incident can be seen below, and it certainly seems to be a terrible bit of judgement from Maresca.