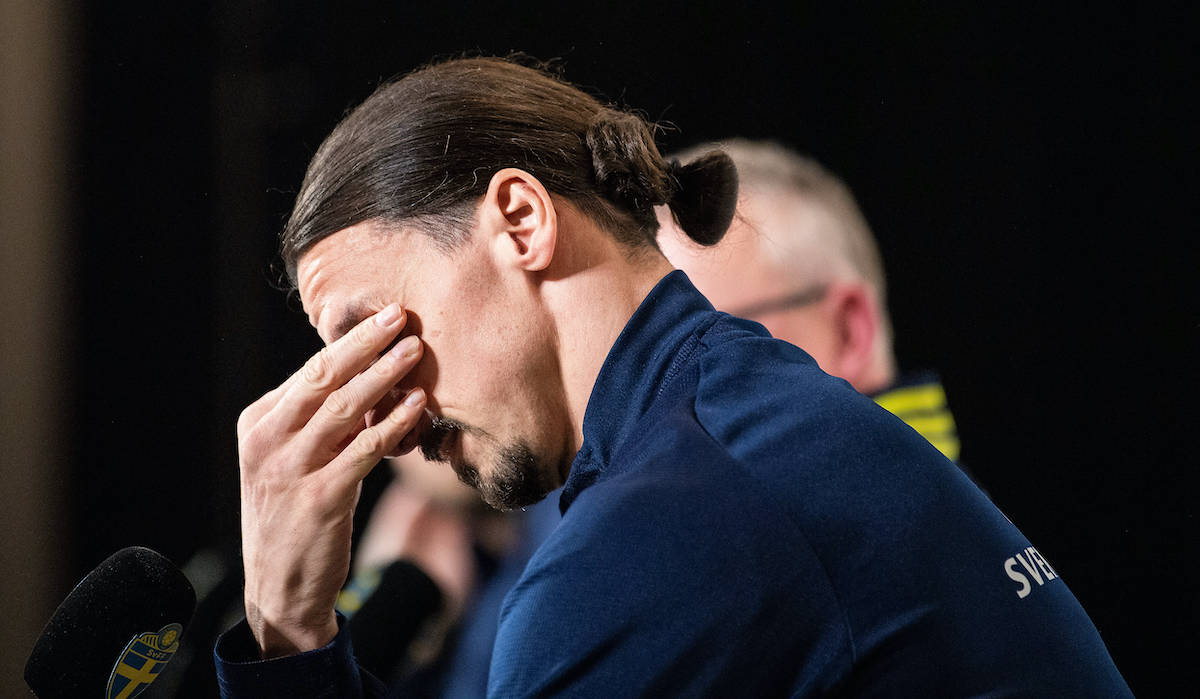 Watch: Ibrahimovic moved to tears when discussing reaction of his children to Sweden comeback

Zlatan Ibrahimovic couldn’t hold back his emotions during a press conference to mark his return to the Swedish national team.

After an absence of over four years, the 39-year-old will don the yellow and blue shirt once again, playing for his country later this month in World Cup qualifiers later this month against Georgia and Kosovo plus a friendly against Estonia

Ibrahimovic spoke during a press conference about his return to playing for his country, with his comments transcribed by MilanNews, and he got emotional when talking about his children.

On his family: “I have two little ones at home who kick the ball, my wife asks me to tell them to stop but I say no, we can buy new things if they break them. How did they take my return to the national team? I had Vincent here who really cried when I left him. But now it’s okay.”

After the last sentence, he was visibly move, showing just how important it is to come back to Sweden.

🗣 "I had Vincent here who really cried when I left him. But now it's okay." ❤️️🖤pic.twitter.com/ZXxNntzYFQ