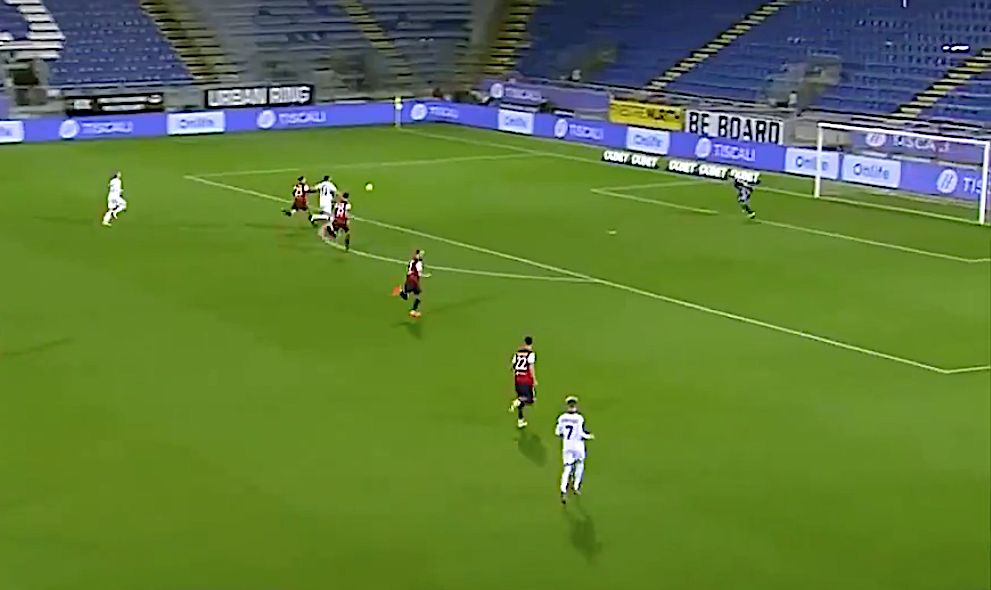 Watch: Ibrahimovic nets another vs. Cagliari with amazing finish after gorgeous Calabria ball

Zlatan Ibrahimovic moved onto 12 league goals for the season as he doubled AC Milan’s advantage against Cagliari.

Ibrahimovic had his second of the game just half a dozen minutes into the second half as he swept the ball into the far corner on the half-volley after a great ball over the top from Calabria, though the whistle went for offside. However, around 30 seconds later the VAR gesture was made and the referee pointed to the centre circle to confirm he was onside and the goal would stand.

👏 The ball from Calabria
🔥 The finish from Zlatanpic.twitter.com/KAW1kfeBu2