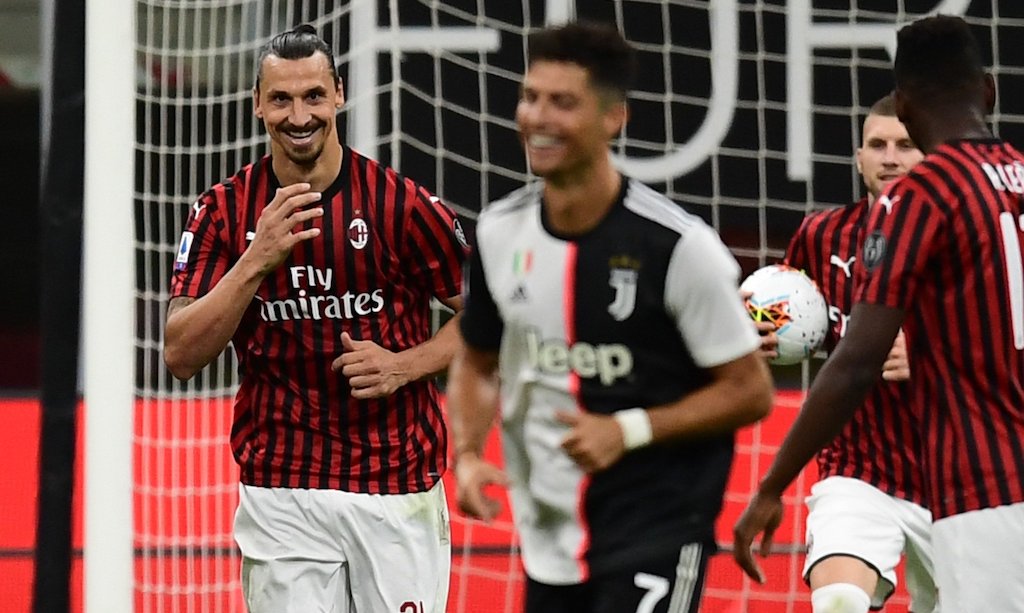 Watch: Ibrahimovic reacts after Juventus star Cristiano Ronaldo fails to put him off his penalty

Cristiano Ronaldo attempted to put Zlatan Ibrahimovic off during his penalty which spark Milan’s remarkable comeback against Juventus.

With the Portuguese striker having put the away side up 2-0, Ibrahimovic stepped up to convert a penalty to halve their advantage not long after, and Milan would go on to win 4-2 in an incredible night at San Siro.

Below is a video taken from the broadcast of the game in which Ronaldo can be seen telling Juve goalkeeper Szczesny: “You know him, you know him.”

Of course Ibra scored, turned around and grinned at his counterpart.

Before Ibrahimovic's penalty Ronaldo told Szczesny: 'You know him, you know him' 🗣

Ibra scored, turned around to look at CR7 and laughed ⚽️😄

Scenes at the San Siro 🙌