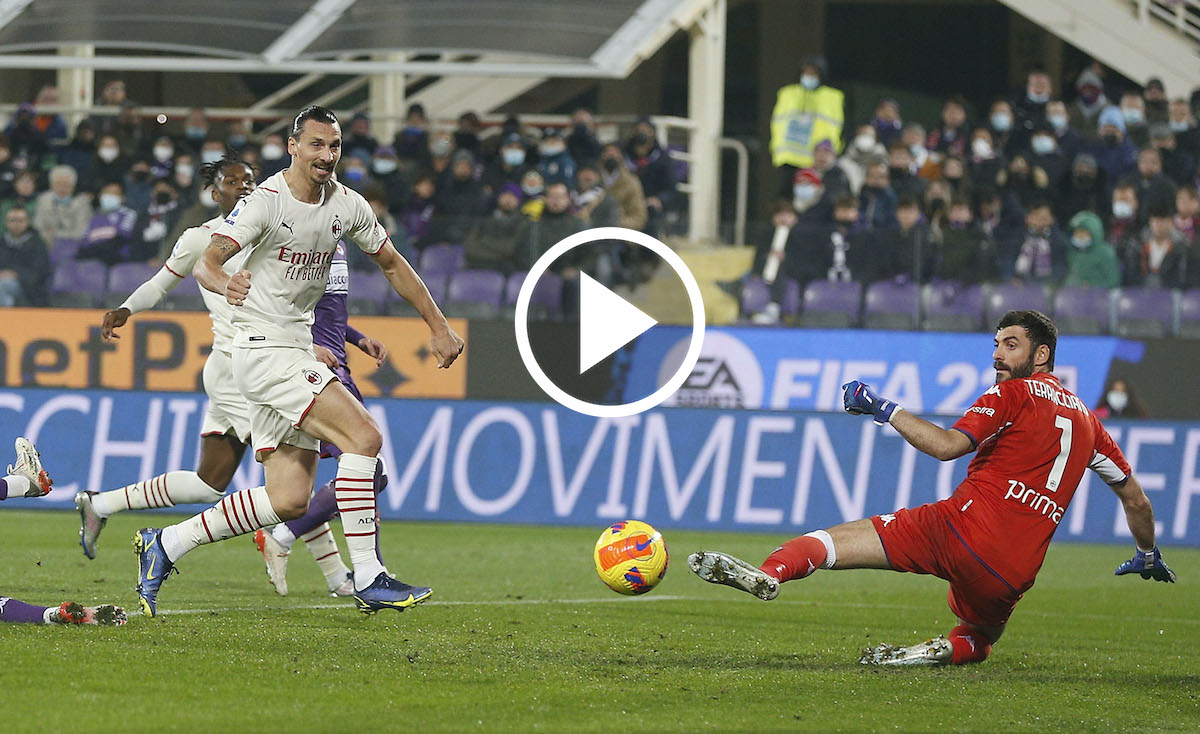 Watch: Ibrahimovic scores twice in five minutes to get Milan back in it vs. Fiorentina

Zlatan Ibrahimovic scored two quickfire goals to get AC Milan back into the game against Fiorentina, reducing the deficit to 3-2.

The three-goal lead would last for barely a minute though as Milan’s high press resulted in a slack pass from Bonaventura that Ibrahimovic collected inside the box and set himself before firing into the far corner with a sweetly struck shot.

With 24 minutes left, the Rossoneri got a second goal back and it was thanks to fantastic play from Theo Hernandez down the left side. He darted to the byline and cut a perfect ball back to Ibrahimovic who was on hand to fire home first time from near the penalty spot.