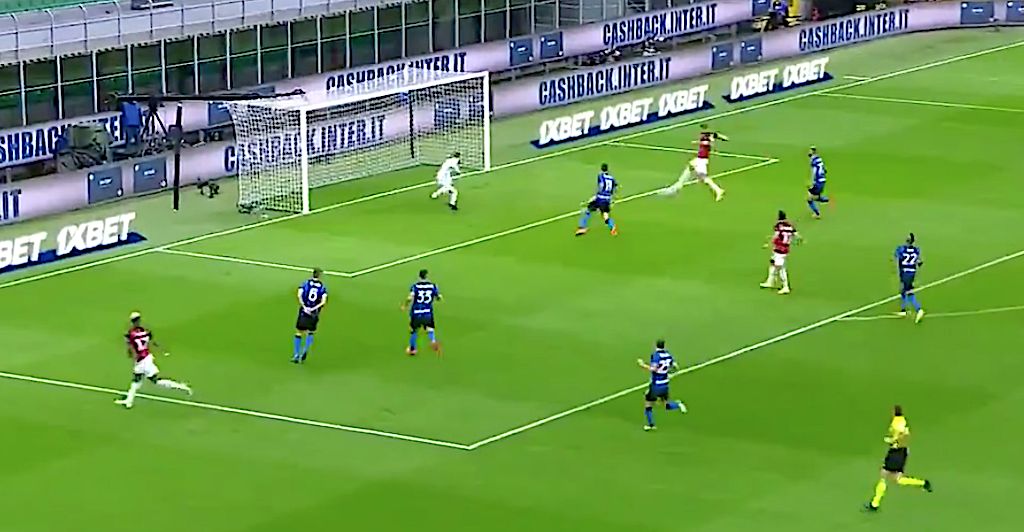 Zlatan Ibrahimovic once again proved that age is just a number as he scored twice in the early stages of the derby against Inter.

In the 13th minute, Milan took the lead from the penalty spot. Ibrahimovic was put through on goal and was chopped to the floor by Kolarov inside the area, and the Swede dusted himself off to score from the spot albeit at the second attempt as Handanovic saved the initial effort.

🔥 Not the best penalty, but he got the rebound right!pic.twitter.com/VWiNAksFK2

Less than five minutes later it was 2-0. Rafael Leao beat D’Ambrosio down the left with some excellent trickery before firing an inch-perfect ball across the face of goal where Ibrahimovic was waiting and had the easy task of poking home at the far post.

😍 That pass by Leao, lovely goal to double the lead!pic.twitter.com/IhKo7F85fg