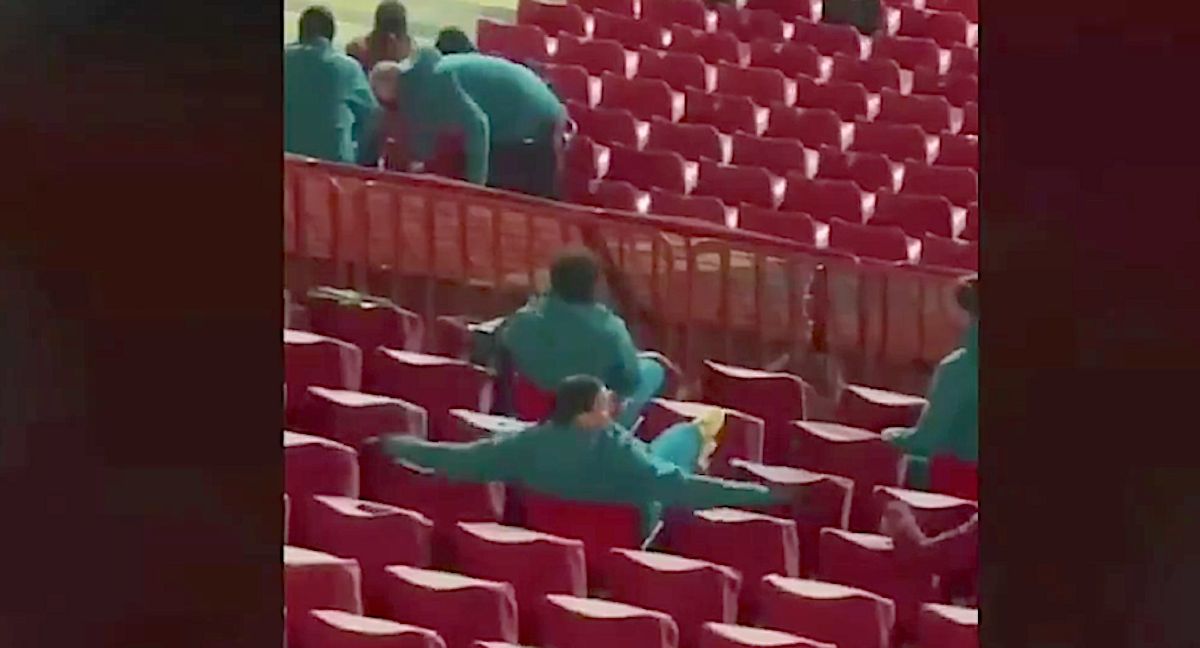 Zlatan Ibrahimovic was targeted with an ethnic insult during Milan’s 2-2 draw with Red Star last night, according to a report.

The Swede remained an unused substitute as the Rossoneri twice surrendered a lead and had to settle for a draw in the first leg of their Europa League Round of 32 tie.

According to SportBible, the 39-year-old was abused as he sat in the stands of the infamously hostile Marakana stadium. Footage shows a group of fans shout at him despite the game being played behind closed doors.

The report claims that the tirade was: “You pus**, stinky balija, I fu** you in your mouth.”

Ibrahimovic has a Croatian mother who is Catholic and Muslim Bosniak father who emigrated to Sweden, and the word “balija” is an ethnic insult against people from Bosnia, SportBible claim.

Jarring video of Zlatan Ibrahimovic, who is ethnically Bosnian, being harassed and having ethnic slurs spewed at him at the Red Star Belgrade game.

“Balija” is an ethnic slur for Bosniaks that’s been used for years by Serb nationalists especially as one of the biggest insults. pic.twitter.com/W5yB0Xuknn