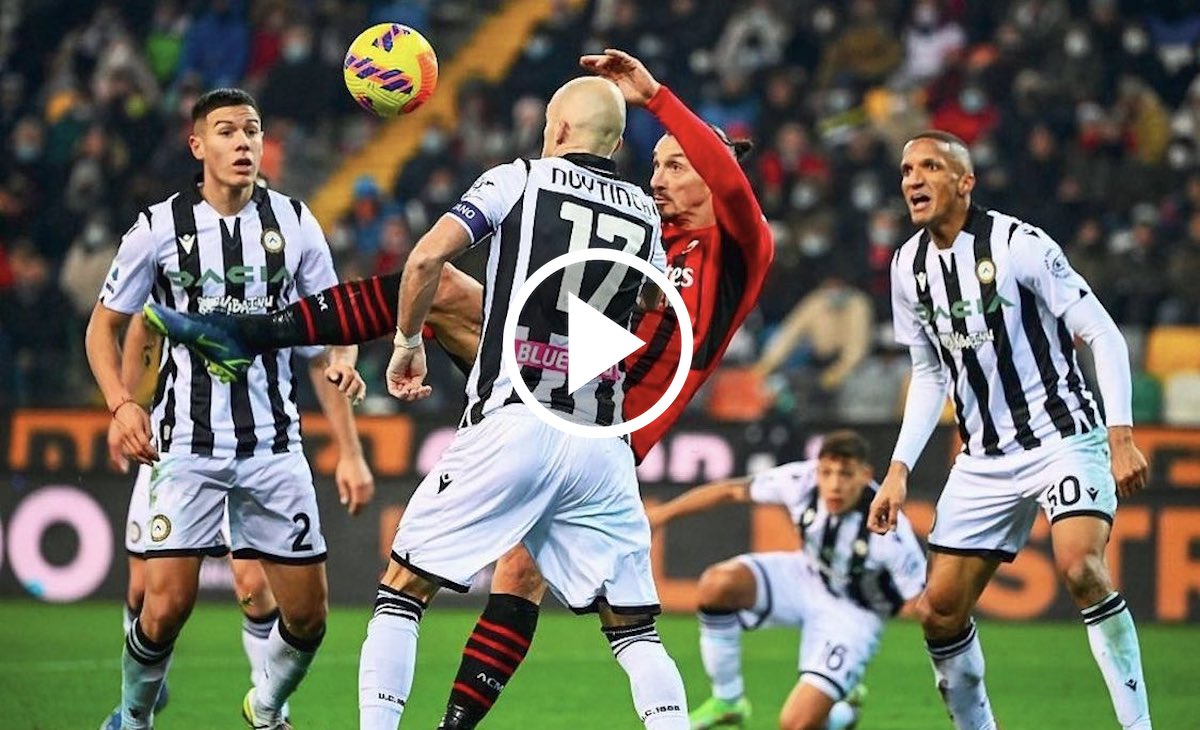 AC Milan were forced to settle for a draw against Udinese on Saturday night, but Zlatan Ibrahimovic did get on the scoresheet in the second minute of added time.

Milan got the equaliser their pressure had threatened and they left it late. A ball was pumped into the area and a header from Daniel Maldini plus a ricochet right on the edge of the six-yard box fell to Ibrahimovic, who finished with an acrobatic attempt with his back to goal just as he did in the same fixture last season.