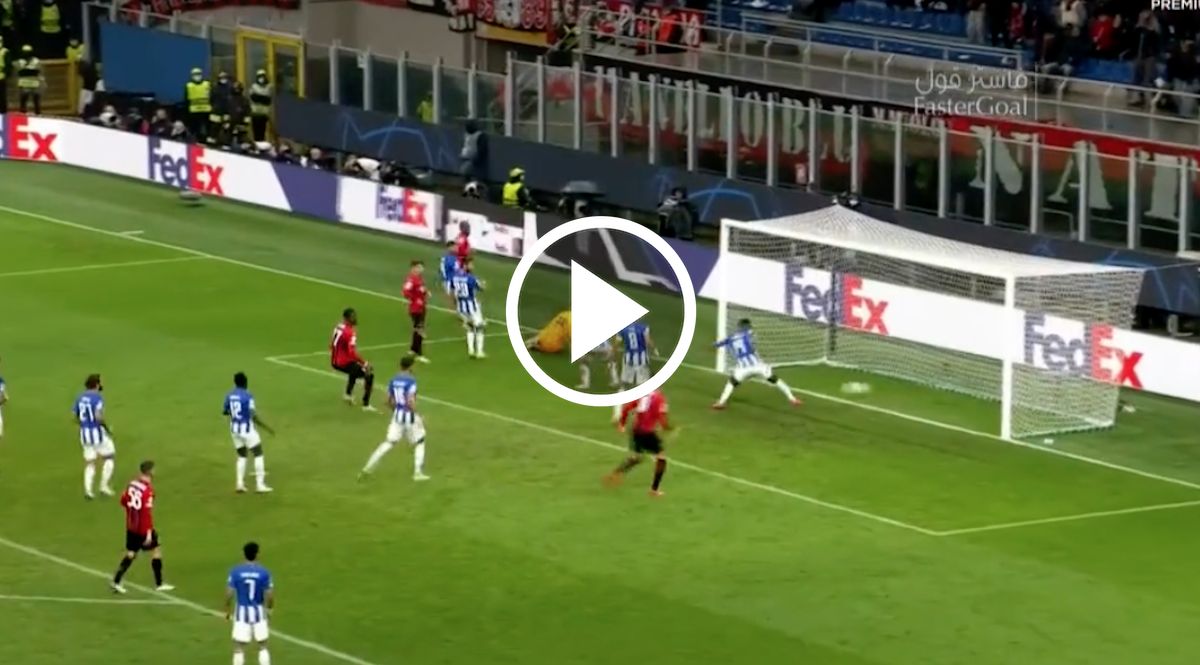 Watch: Kalulu levels for Milan against Porto with tidy finish from narrow angle

AC Milan got themselves back on level terms in their must-win Champions League game against Porto and Pierre Kalulu was the unlikely scorer.

On the hour mark it was Milan who drew level, and it came from the substitute Kalulu. A Bennacer free-kick from 30 yards out hit the wall and trickled through to Theo, whose shot was saved but into the path of the full-back, who tucked the ball in from a narrow angle.