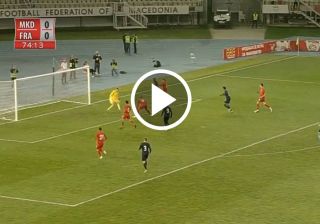 Watch: Kalulu scores the winner for France’s U21 side after a nice run

In total, 14 AC Milan players were called up for international duty and it has been a successful week for most of them. Pierre Kalulu, in action for France’s U21 side, scored a goal this evening.

The right-back is showing good form and that is very positive for the Rossoneri, as Davide Calabria most likely will miss the game against Fiorentina on Saturday. In France’s clash against Macedonia, he scored the winner.

The U21 side thus remains at the top of their Euros qualifying group. Take a look at the goal below. Admittedly, Kalulu got a bit of luck but he was at the right place.

⚽ Kalulu gets on the scoresheet for France's U21 side!