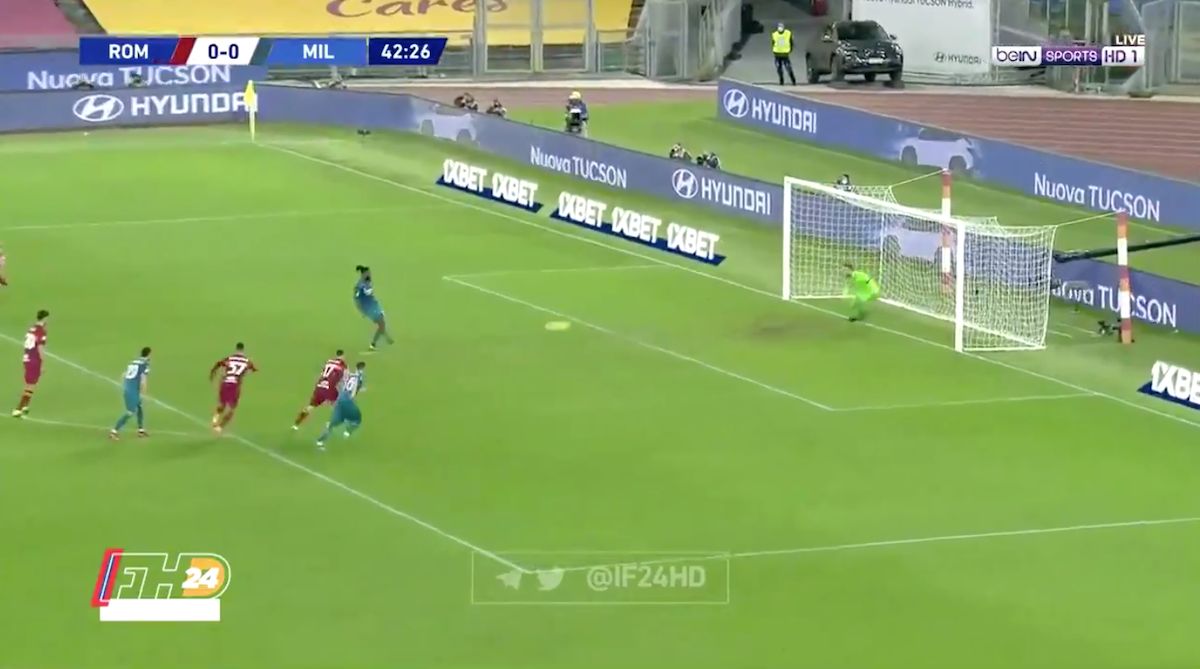 Watch: Kessie cool as ice from 12 yards to give Milan the lead against Roma

AC Milan finally took the lead from the penalty spot against Roma on Sunday night, after two disallowed goals and some heroics from Pau Lopez.

Milan were awarded a penalty a few minutes before the break but it took some time to be given. Calabria was stamped on just inside the area by Fazio and around two minutes later – and after a counter-attack – the referee consulted with VAR and gave the penalty. Kessie took on the responsibility, and despatched past Lopez with a precise finish inside the bottom-right corner.

🤩 We've been knocking on the door, and now the president breaks through from the spot! pic.twitter.com/UyU1SDIrHA