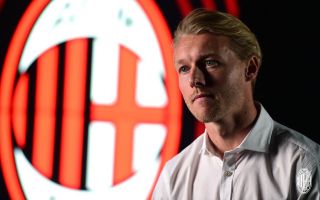 Simon Kjaer and his defensive teammates struggled in AC Milan’s clash against Fiorentina last night, conceding a whopping four goals. It’s unacceptable, of course, and the Dane made that very clear after the game.

Although Kjaer wasn’t at fault for any of the goals, it wasn’t an easy game for him and it was reflected in the scoreline. Matteo Gabbia didn’t have the best of games and the same can be said for Ciprian Tatarusanu, both making two fatal mistakes.

Speaking after the game, however, Kjaer decided to shift focus from the individual errors and make a captain-esque remark ahead of Wednesday’s Champions League clash: “We win and lose together”. See the full interview below.