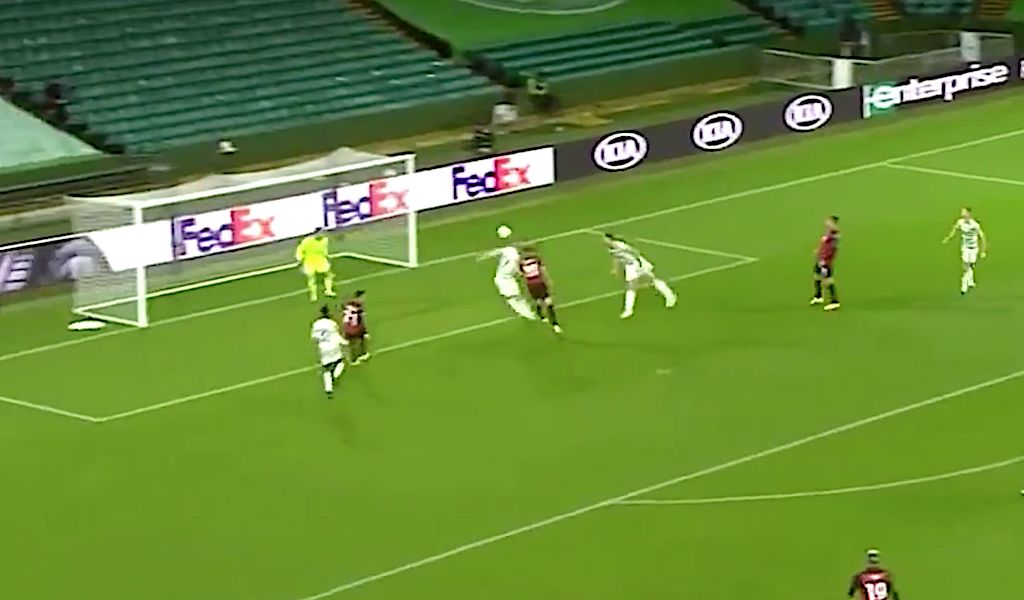 Rade Krunic notched his first ever goal for AC Milan as he gave his side the lead against Celtic in the Europa League.

It was arguably two of the more forgotten players who combined for the first goal though as Milan made their spell on top pay. Castillejo ended up isolated against his man on the right and whipped in a peach of a cross towards Krunic, who headed inside the far post with a deft flick to make it 1-0.

😍 Lovely header by Krunic to break the deadlock!pic.twitter.com/aqhkfr03Km