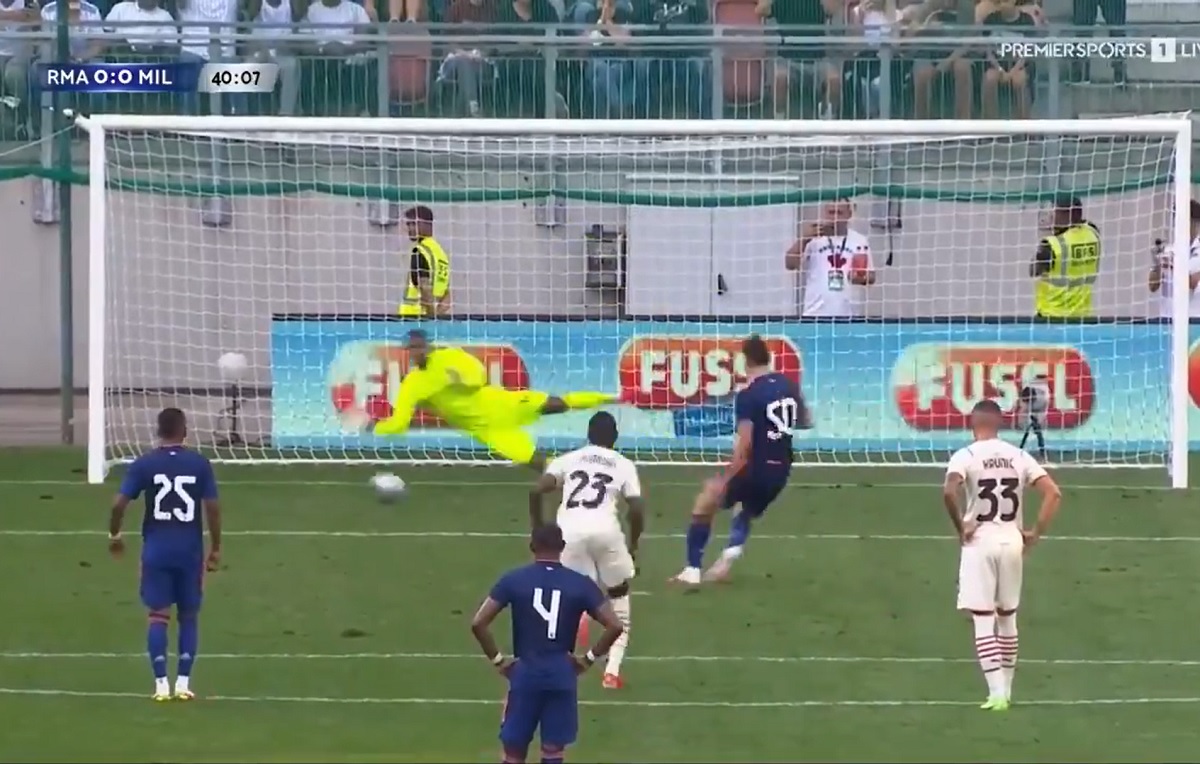 Mike Maignan made his debut for Milan in the game against Nice and made his third appearance for the club against Real Madrid. After a shaky start this afternoon, he proved his worth with a penalty save.

In the 39th minute, Gareth Bale did well to break through and was eventually brought down by Davide Calabria in the box. Fortunately, Mike Maignan guessed the right way and saved the penalty.

It’s exactly the start you want the Frenchman to get as replacing Gigio Donnarumma was never going to be an easy task. Take a look at the penalty below.