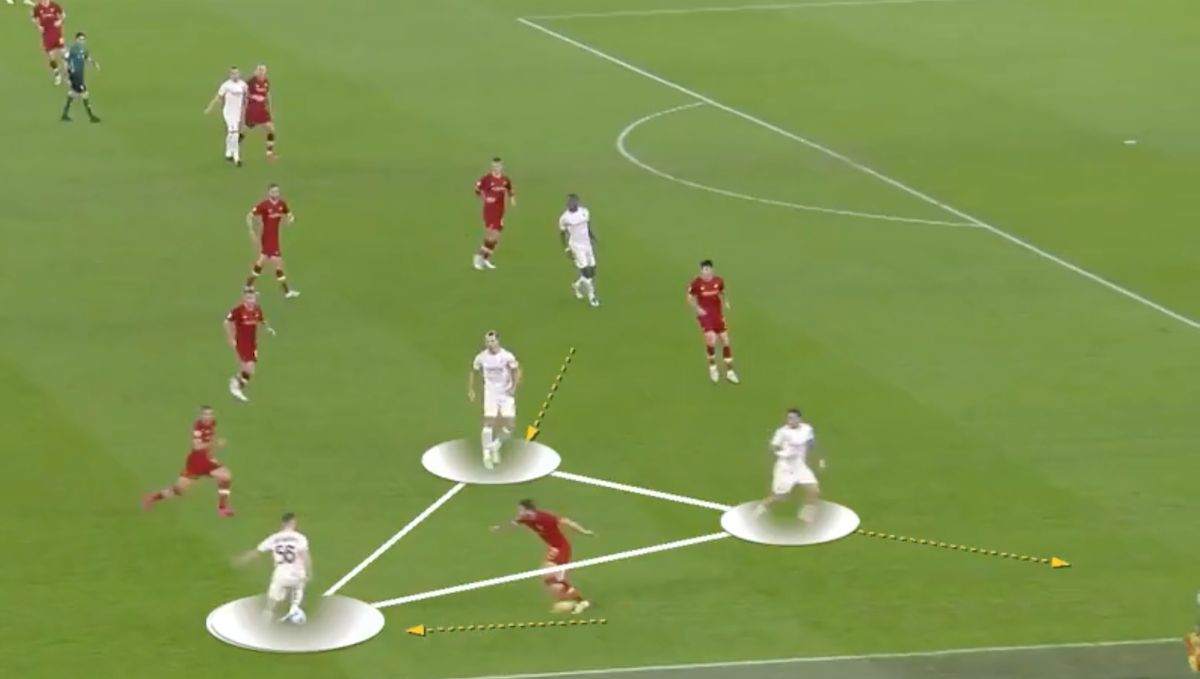 AC Milan’s versatile tactical approach was seen again during last night’s win against Roma as they had a proactive way of breaking Jose Mourinho’s side.

As the video below demonstrates, Mourinho set his side up in a 4-4-2 compact block off the ball which was meant to make it hard for Milan to get into dangerous areas and to move the ball through the thirds, as well as giving Roma the footing to counter-attack quickly through their pacy forwards.

However, Milan combatted this with a 3-1-6 formation which sounds excessive, but it is seen clearly. The forward line pins the Giallorossi deep and they shift the ball wide to the flanks, where an overload is created and neat passing triangles allow a chance to be created thanks to multiple attacking runs.