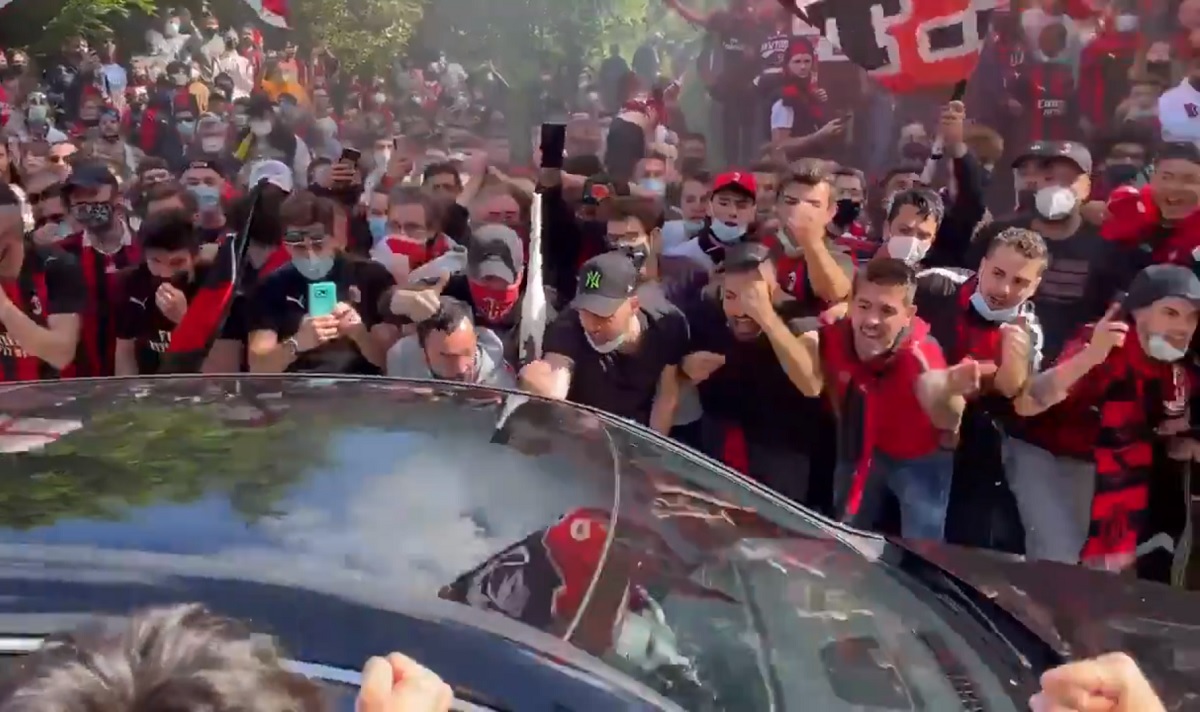 Many Milan fans are currently at Milanello to support the team ahead of their trip from the training ground to Bergamo. The same thing took place before the game against Juve, which the Rossoneri won by 3-0.

The fans are obviously hoping for a similar outcome this evening as a win would mean Champions League qualification. Milan could get away with not winning as well, but then one of Napoli and Juventus would have to slip up.

On Twitter, journalist Daniele Longo published a video of Brahim Diaz’ arrival at Milanello and it’s safe to say the fans went wild. Samu Castillejo also captured his arrival from inside the car. Take a look at the videos below.