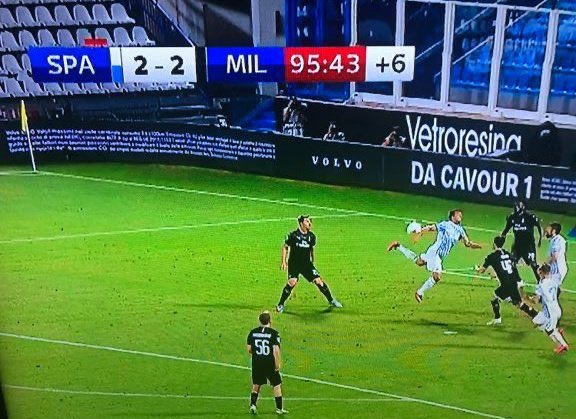 AC Milan failed to claim all three points away at SPAL last night, conceding two early goals in the second half. They were eventually saved by a late own-goal, taking one point with them back to Milan.

However, it could have been more than that. In the final seconds of the game, as a SPAL defender attempted to clear a corner, the ball clearly struck his arm in the process. The referee, though, blew for full time just seconds later.

In other words, VAR didn’t check the incident and the Rossoneri fans were left bemused as footage arrived a few minutes later. Some are saying that it hit the defender’s heel first, but that rule only applies if it ricochets (and not a kick) off another part.

🧐 We'd like to see the video of this… pic.twitter.com/XFT5nlCcg2