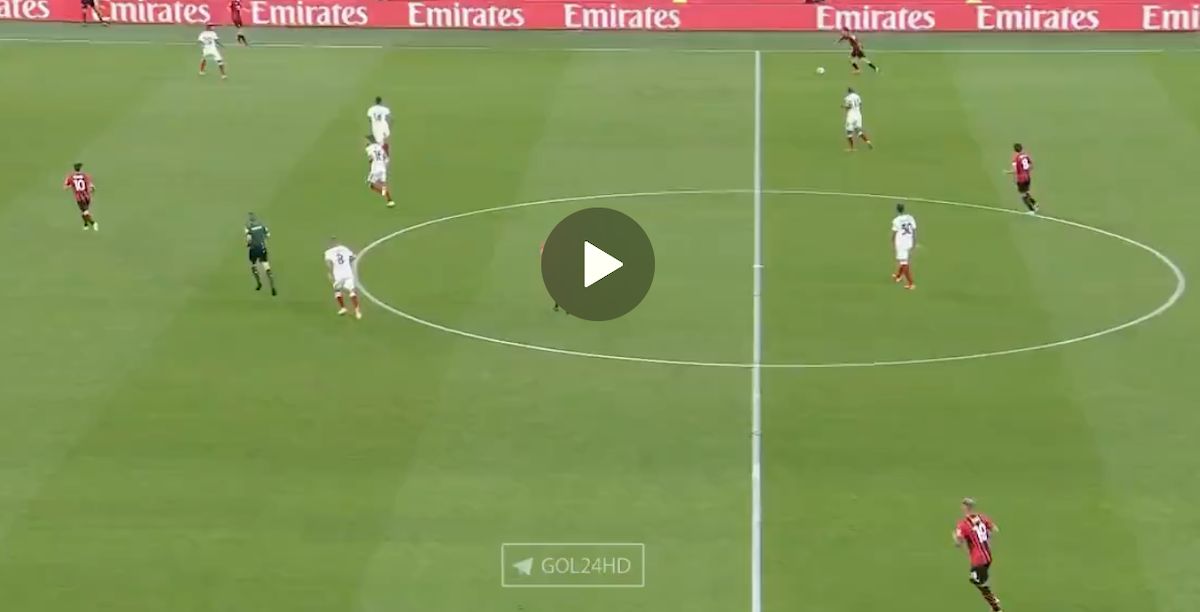 Brahim Diaz got his second goal in as many games thanks to a stroke of good fortune as he scored Milan’s second against Cagliari.

The away side drew level two minutes after Milan opened the scoring, but parity would not last long though as Milan were ahead again in the 17th minute through a stroke of good fortune.

Leao picked the ball up 25 yards out and decided to shoot on his right foot, and his fizzing effort caught the backside of Brahim Diaz, wrong-footing Radunovic and nestling into the back of the net.