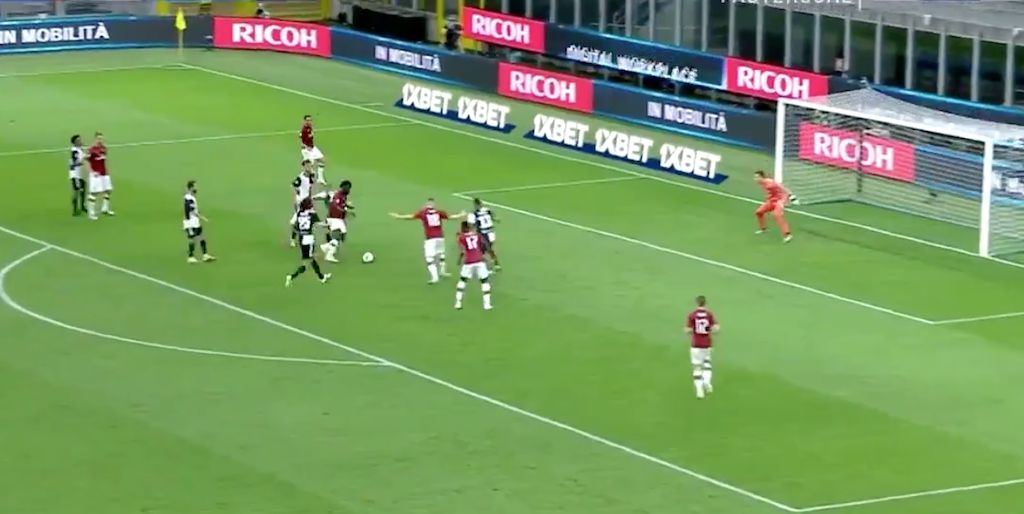 Juventus were left stunned at San Siro on Tuesday night as Milan scored three time in five minutes to wipe out their two goal lead.

Zlatan Ibrahimovic got on the scoresheet from the penalty spot for the second time in four days as he netted to halve Juve’s lead against Milan.

After falling two goals behind early in the second half Milan tried to force their way back into the game, and a neat interchange saw Ante Rebic glance wide from Theo Hernandez’s deft near post cross.

Remarkably, from the same incident Guida then went to check the VAR monitor and gave a penalty to the Rossoneri as he adjudged Bonucci to have handballed Rebic’s effort. Ibrahimovic took on the responsibility and sent Szczesny the wrong way with a powerful spot kick.

Just moments later it was 2-2, with some lovely hold up play from Ibrahimovic finding Kessie inside the area and the Ivorian finished with aplomb.

Then remarkably, it was 3-2. Rafael Leao collected the ball as Guida played advantage for a foul on Rebic, and the Portuguese sensation took the ball into the area before poking home with a deflected effort.