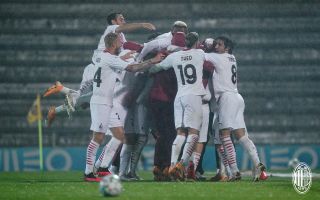 AC Milan made it through to the group stages of the Europa League by the skin of their teeth as they beat Rio Ave 9-8 on penalties after a 2-2 draw.

Hakan Calhanoglu got some penalty practice in before the shootout as he scored a 120th minute equaliser from the spot, but Rio Ave missed three chances to win the tie from 12 yards before Gianluigi Donnarumma eventually made himself the hero.

As il Corriere della Sera writes (via MilanLive) recent reported, making the groups gives Milan an extra €15million in guaranteed revenue at least (with more if they go beyond), a treasure that the management could also use in the very last days of the transfer window.