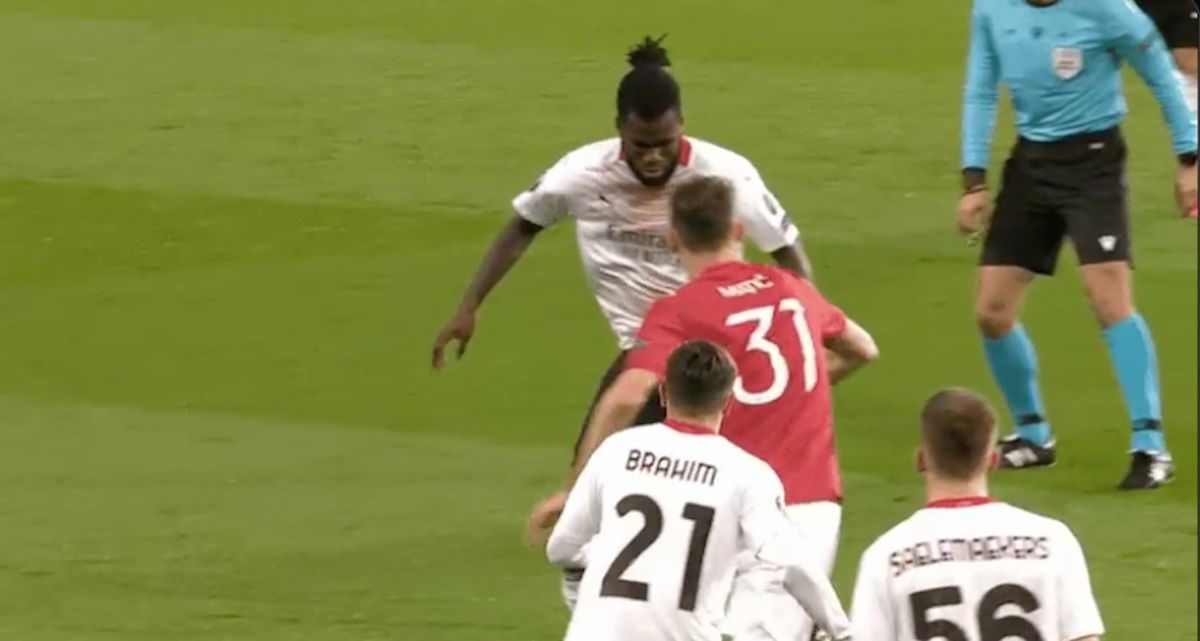 More angles have emerged showing that the decision by VAR to disallow Franck Kessie’s stunning goal against Manchester United was wrong.

Milan had the ball in the net in the 11th minute as Kessie took a touch from a throw-in and thumped the ball into the far corner as it sat up for him nicely just inside the box. However, VAR decided to intervene for handball, though the replay made it look like a questionable call.

As the replays below show, it looked a very debatable decision indeed…