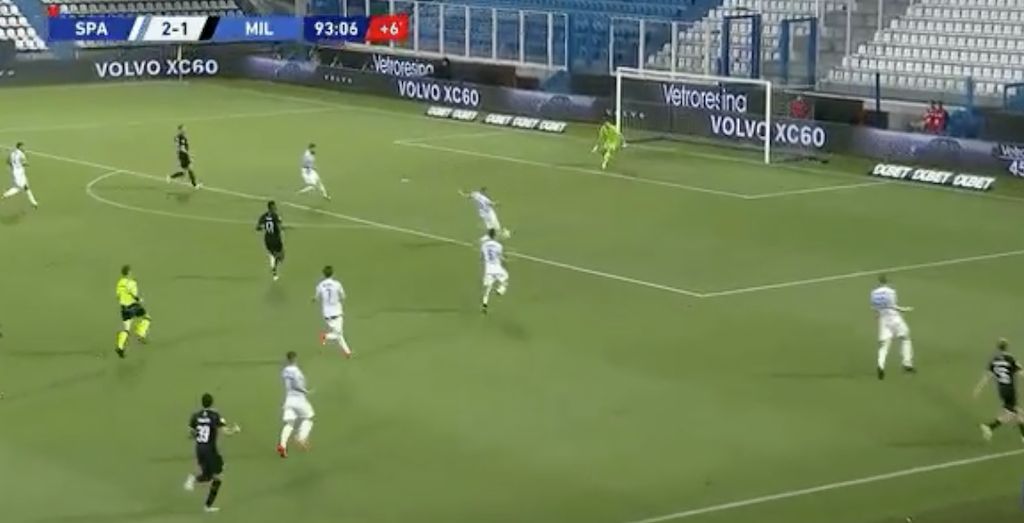 Watch: Own goal of the season in the last minute gifts Milan a point against 10-man SPAL

AC Milan were rescued by a freak own-goal at the Stadio Paolo Mazza on Wednesday night as they came from 2-0 down to draw against 10-man SPAL.

Valoti and Floccari had given the home side a two-goal first-half lead, but a red card for D’Alessandro meant the Rossoneri’s onslaught got more fierce.