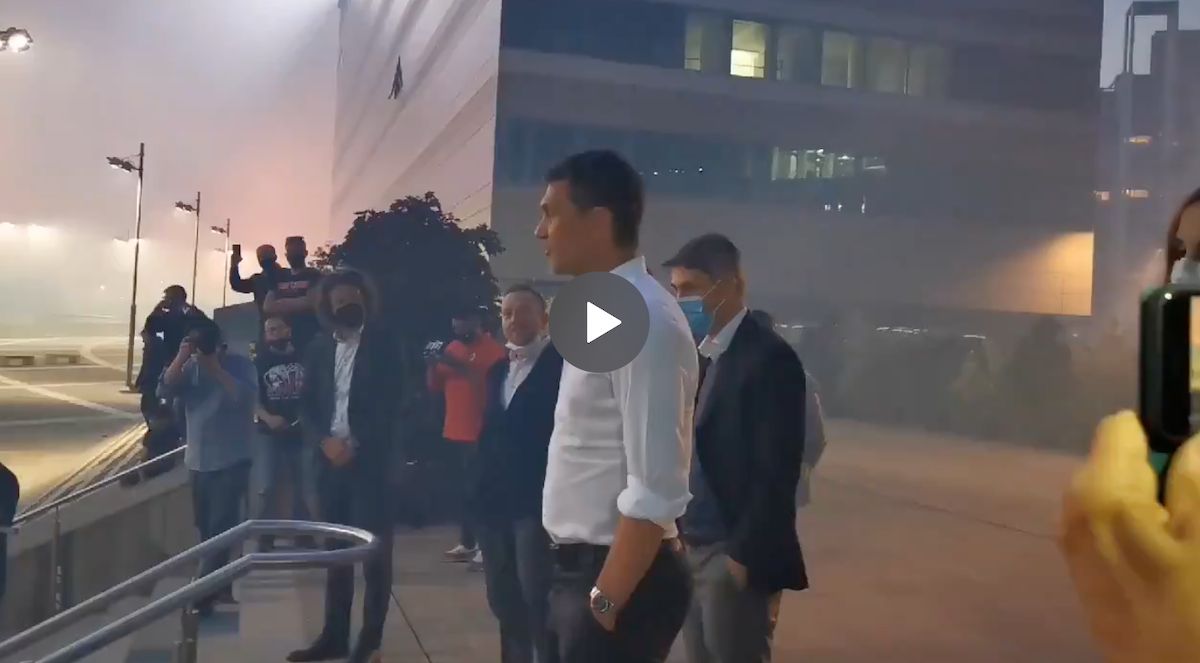 Watch: Paolo Maldini addresses fans – “We are Milan”, “This is only the beginning”

AC Milan director Paolo Maldini addressed the hundreds of fans who had gathered outside the club’s headquarters to thank the team.

The Rossoneri’s ultras put on a display of pyrotechnics outside Casa Milan, celebrating the team’s return to the Champions League for the first time since the 2013-14 campaign and also a second-placed finish; the team’s best since 2011-12.

Maldini then spoke to the fans, with his comments relayed by MilanNews: “Thank you guys for your support over the years, I can say it both as a player and also as a manager. This is only the beginning, it is a target achieved, but it is a starting point, not a destination, there will still be more. We faced them I think in the right way. We are Milan and we must be protagonists. Thanks again.”