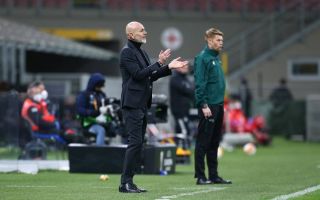 Watch: Pioli launches into tirade at Man Utd dugout after full-time – what was said

The video has been doing the rounds on social media and – as per Tancredi Palmeri – appears to show Pioli responding to Solskjaer saying “good team” with the following: “Good team this f**k, you as****e, donkey! Your sister good team, your sister.”

According to MilanNews, the tirade was not aimed at United manager Ole Gunnar Solskjaer but at his assistant Kieran McKenna. The Milan boss did not like McKenna’s unsportsmanlike attitude, as he kicked and threw the ball away several times to waste time.

But possibly Pioli took it as patronising, and replied in Italian: