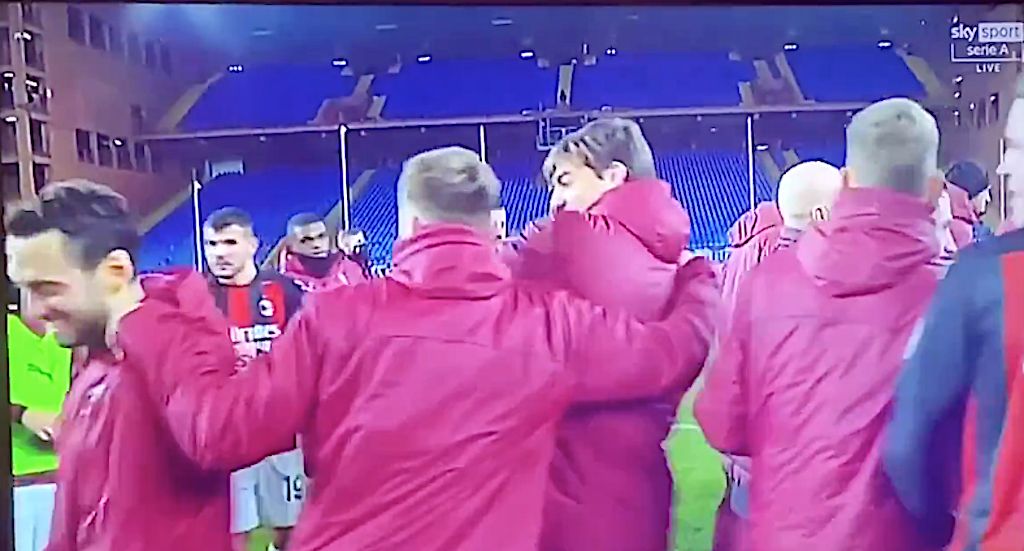 Watch: Pioli, Maldini and Milan squad gather for huddle after win vs. Sampdoria

A great moment was captured after the full-time whistle at the Stadio Luigi Ferraris on Sunday night as the Milan team and staff had a post-game huddle.

Pioli took charge of his 50th game as Milan boss at the Marassi on Sunday night and racked up his 30th win in the process as his side saw off the hosts 2-1, thanks to goals from Franck Kessie (penalty) and Samu Castillejo.

It was a real battle towards the end, and the players and staff showed what the victory meant after the game…

So much love for this team.