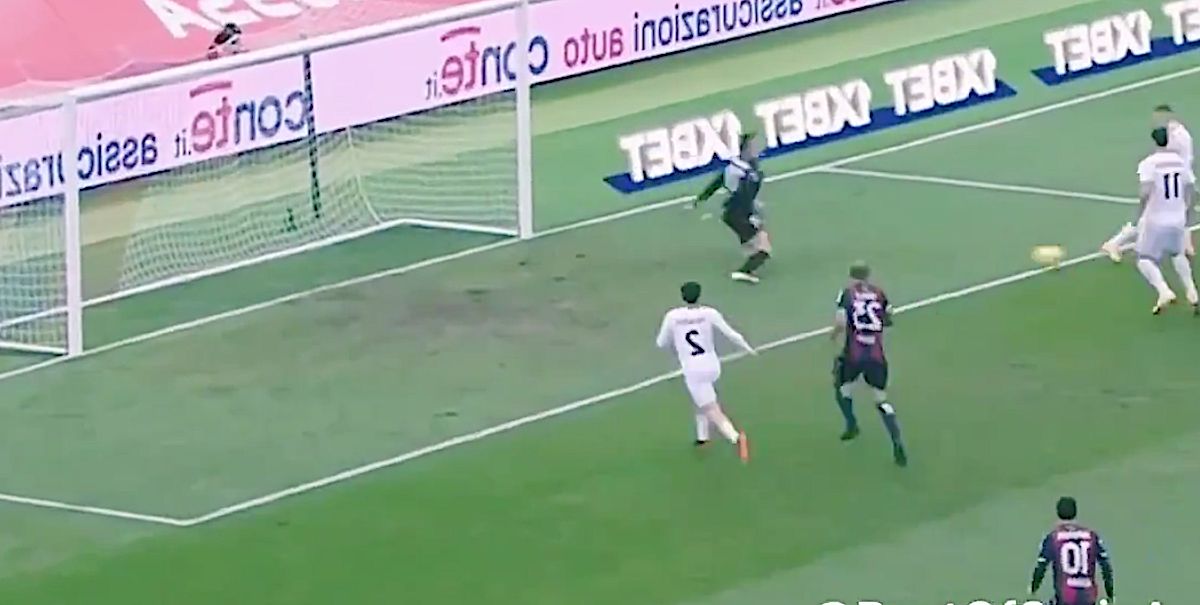 Watch: Rebic converts rebound from missed penalty to give Milan the lead vs. Bologna

AC Milan took the lead against Bologna inside the first half as Ante Rebic was on hand to slot home a rebound from a penalty.

Skorupski was again called into action to make a fine double save to deny Ibrahimovic first with a header and then from a close range rebound, but as the ball came back in Leao was hauled down as he tried to get to a ball in behind.

Ibrahimovic took on the responsibility from 12 yards and saw his effort saved, but Rebic was on hand to tuck in the rebound and deny Skorupski further heroics.

2⃣ A second Serie A goal this season for Ante Rebic! Great instinct to follow up and good composure to finish…pic.twitter.com/uLd8cH8iAH