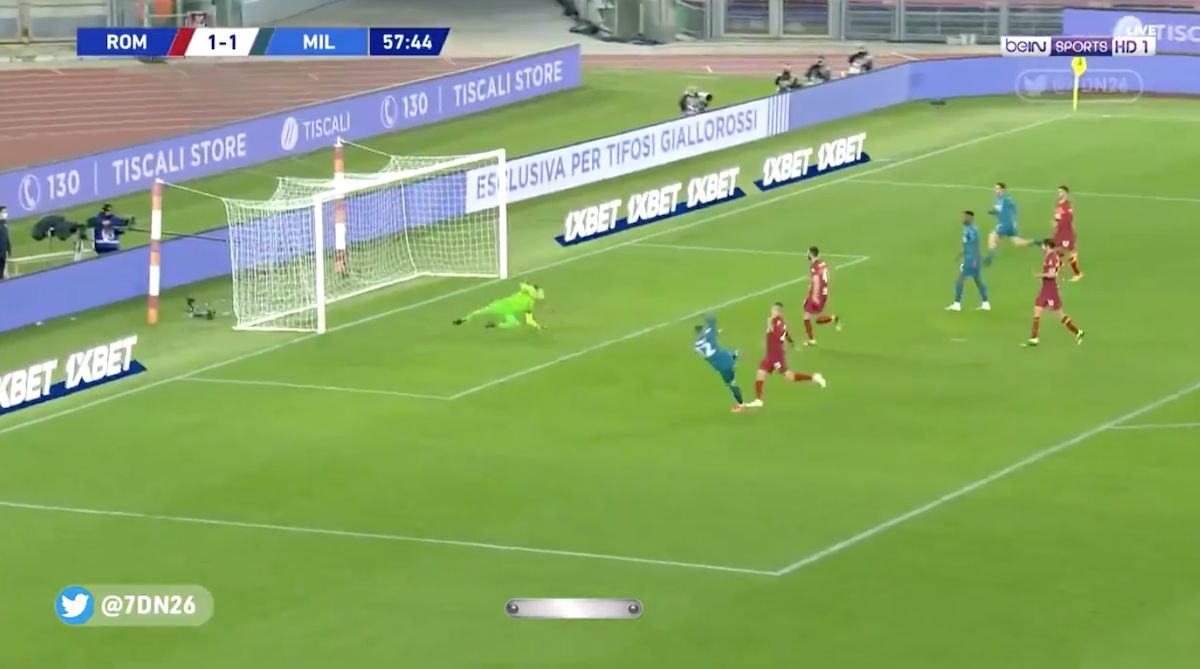 Watch: Rebic fires Milan back into the lead against Roma with excellent turn and finish

AC Milan got their first goal from open play in four and a half games as Ante Rebic restored the team’s lead at the Olimpico against Roma.

The Rossoneri would get back in front not long after the Swede’s departure though, as Rebic showed his clinical nature once again. Saelemaekers rolled the ball into the path of the winger, who rolled his man perfectly before firing inside the far post with a trademark low finish to restore the advantage.