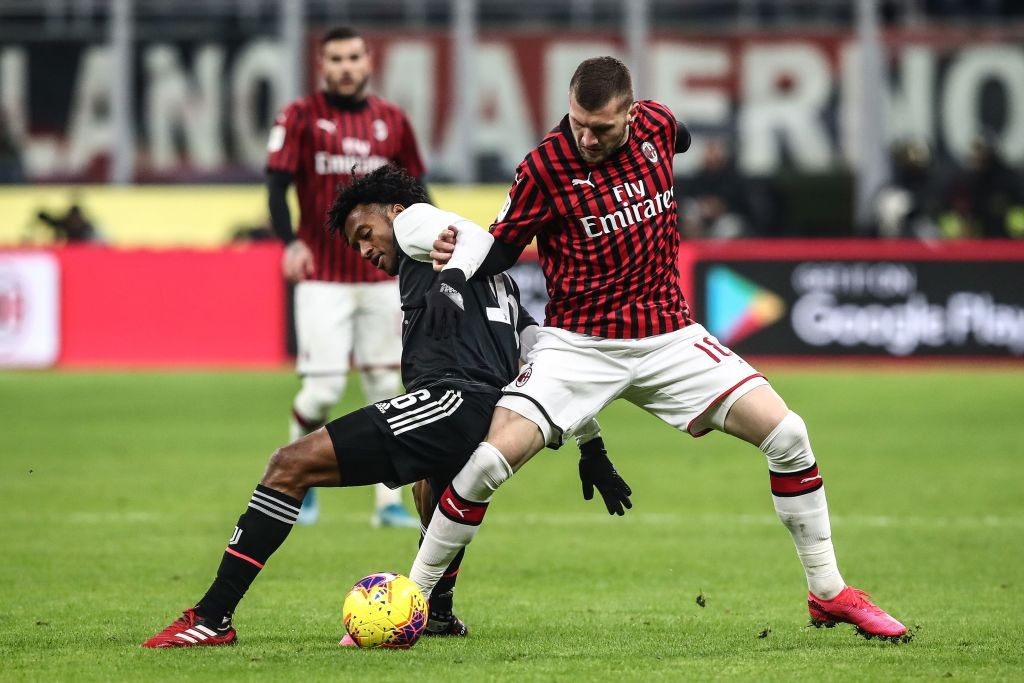 Watch: Rebic scores to give Milan the lead against Juventus with well-placed volley

Ante Rebic was on the scoresheet yet again for AC Milan in Thursday night’s Coppa Italia semi-final first leg against Juventus.

After a spell of pressure around the hour mark, the Rossoneri made their dominance pay. A cross floated towards Ibrahimovic at the far post ended up over the Swede’s head, but Rebic had ghosted in round the back of De Sciglio to fire home on the volley past a diving Buffon.

Below are some replays of the goal…

Milan have the breakthrough!

A clever vollet from Ante Rebic and Buffon is finally beaten. pic.twitter.com/pSx8NdNRR4