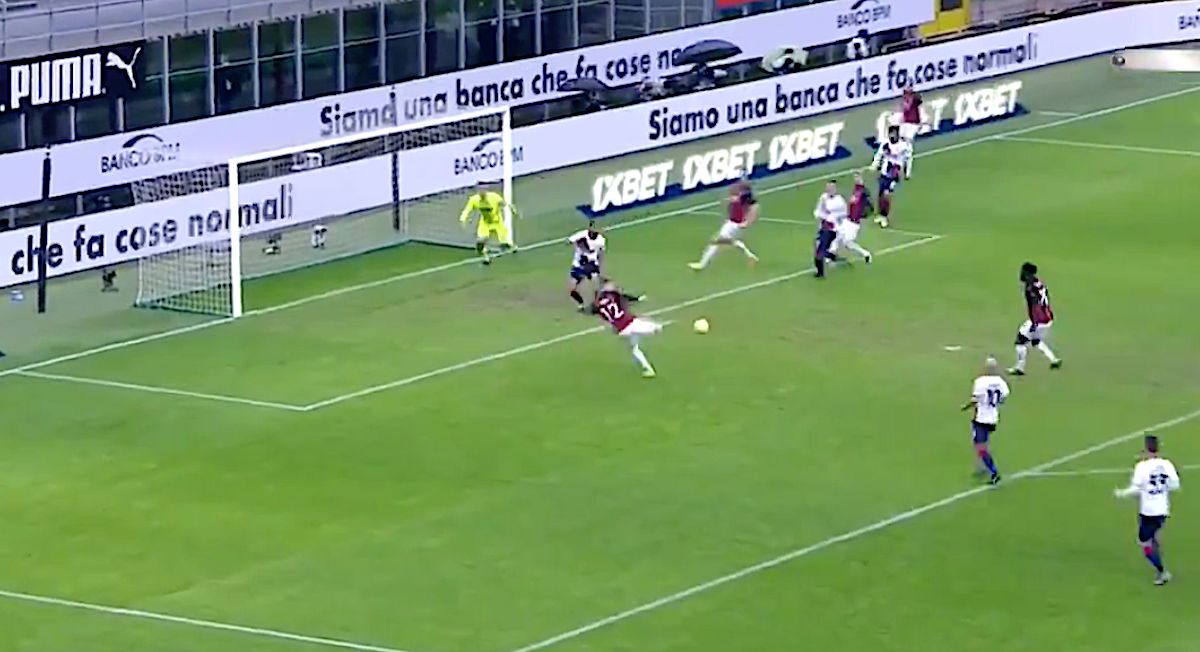 Watch: Rebic scores twice in just over a minute as Calhanoglu assists both off the bench

Ante Rebic scored a quick-fire brace to put the game to bed at San Siro against Crotone, making it 3-0 and then 4-0 just over a minute later.

🇭🇷 Ante Rebic gets in on the act with a header from a corner! pic.twitter.com/rBKqwHyFhD

Moments later – 69 seconds in fact – it would become 4-0 as Ibrahimovic’s shot from distance was parried to Calhanoglu, who fed the ball back towards the penalty spot where Rebic was waiting to thump home and net a quickfire brace.

😍 And another! Two goals in 69 seconds for Rebic. Nice! pic.twitter.com/4tUosCuhAY