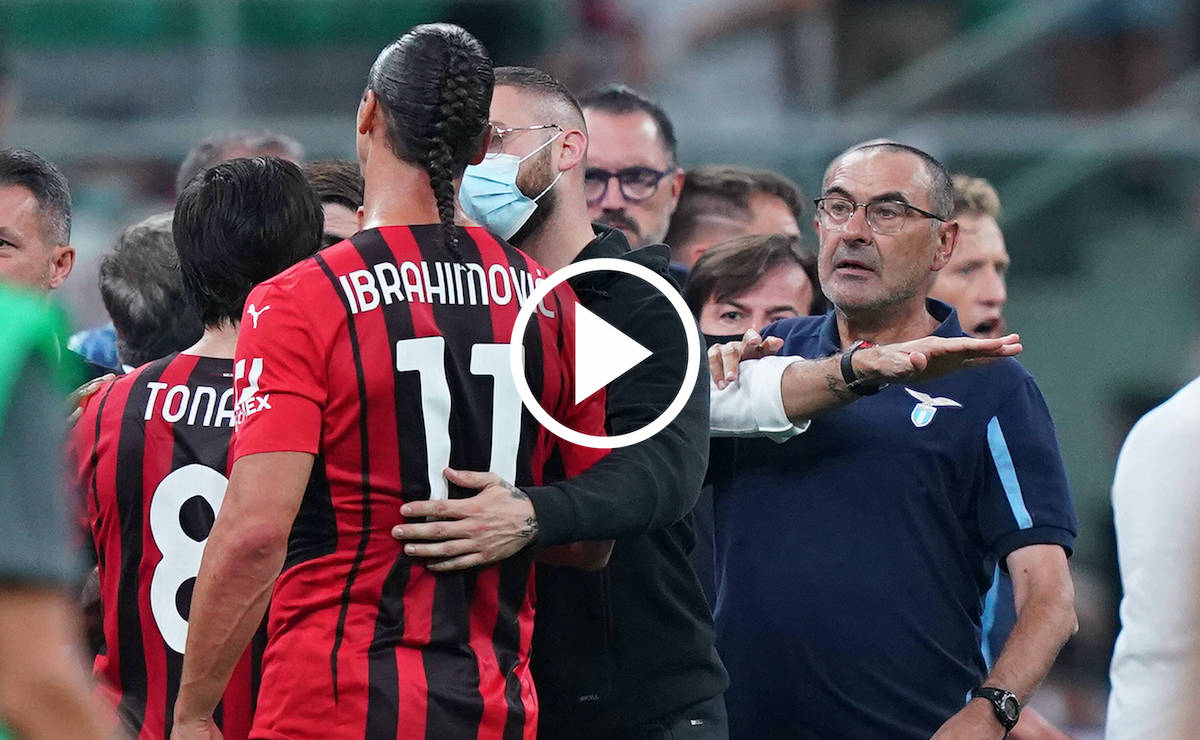 Watch: Sarri sees red after Milan-Lazio due to ‘gesture’ from Saelemaekers

Maurizio Sarri launched into a furious tirade on the touchline after the full-time whistle went as his Lazio side were beaten 2-0 by AC Milan.

At the end of the game the referee Daniele Chiffi brandished a red card after Sarri charged towards Alexis Saelemaekers and decided to let him know his thoughts. All of this erupted because Ibrahimovic grabbed the neck of Lucas Leiva following what he perceived to be a late challenge.

After the game, Sarri was asked about the altercation: “Nothing in particular. A boy made a gesture that older people do not do and Ibrahimovic then calmed everything down,” he told DAZN (via MilanNews).