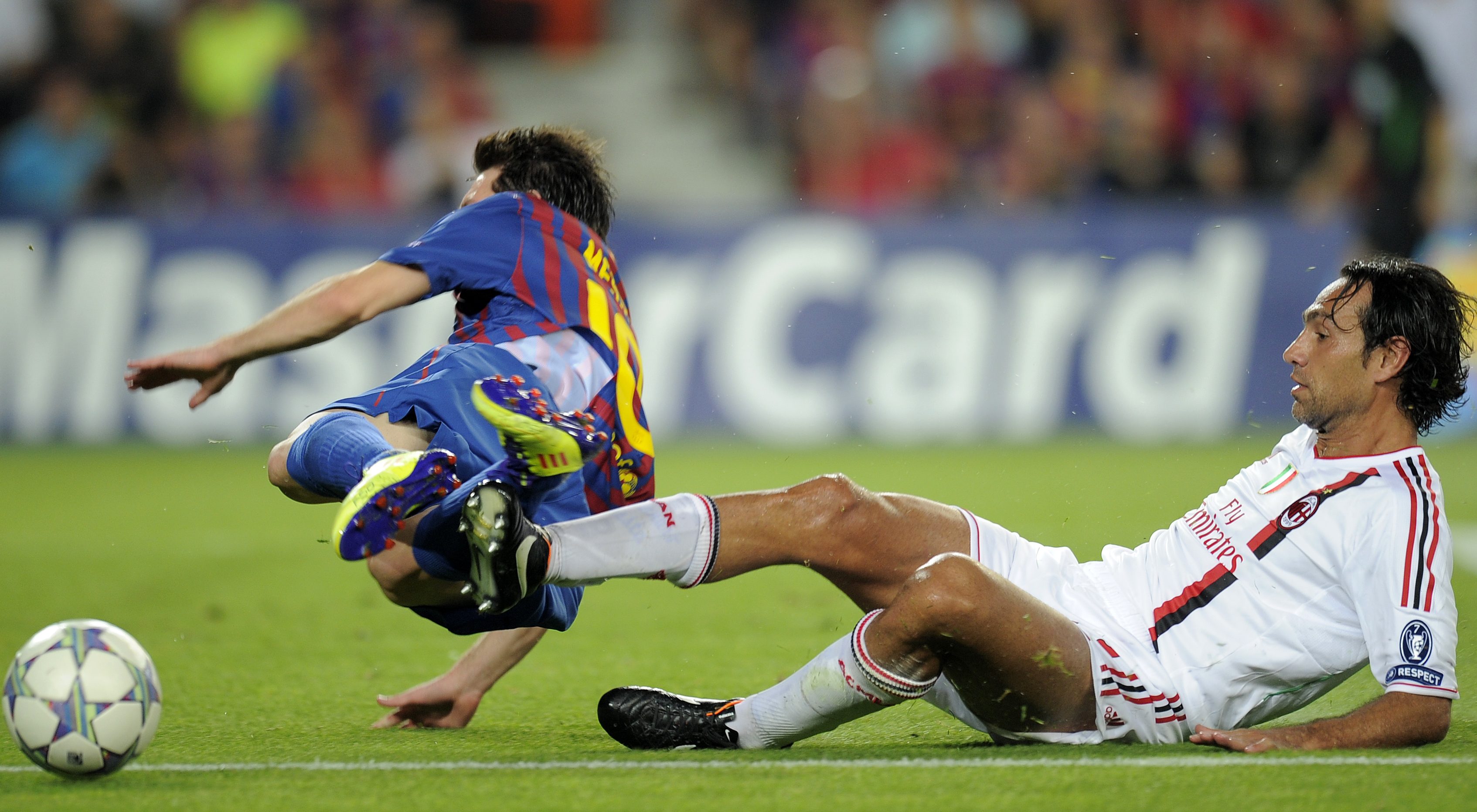 The number 13 is considered an unlucky number in some cultures, but that certainly wasn’t the case for Alessandro Nesta.

The former Italy international swapped his boyhood club Lazio for the San Siro back in 2002, helping them out of financial trouble in the process, before becoming one of the best defenders to ever to wear the Rossoneri shirt.

Between 2002 and 2012, Nesta made 326 appearances in all competitions, winning ten major trophies with Milan and scoring ten goals to match.

Perhaps the most pertinent thing about him though is how he was still able to match the world’s best players even towards the end of his career – a testament to his arguably unmatched mental ability.

Here, we’ve picked out seven of his best ever tackles in an AC Milan shirt…

The first clip sees Nesta in action against his former club Lazio at the age of 34.

Djibril Cisse does the hard part, rounding Abbiati and probably assuming he has an empty net to tap into, but Alessandro says no with an amazing last-ditch intervention.

A strong case can be made for this being Nesta’s most important challenge ever.

Milan eventually prevailed on penalties in the 2003 Champions League final against Juventus, but it could have been so different if not for this intervention in the early stages.

This is an absolutely fantastic piece of work running back, but the context is perhaps even more impressive.

Nesta was 36 years of age when he did this, and he did it against one of the quickest forwards in the league at that point, and one known for scoring from exactly those types of situations.

The positioning, the use of physicality and the timely intervention – poetry in motion.

When you first watch this clip, it doesn’t seem like the defending is that special at all.

But watch it again and keep an eye on No.13 as he spots the danger, breaks off his man, circles around like Jaws and snaps on Luis Suarez – slamming the ball out for a throw-in in the process. Beautiful.

This one isn’t a tackle per say, but it saves a certain goal and was an utterly incredible piece of anticipation and intervention from the great man.

We may have lost the Derby della Madonnina on Sunday night, but at least we have this too look back on.

Absolute textbook Nesta in this clip – a perfect angle of pursuit followed by a smooth slide, and then to recover the ball and take the attacker out of the game with zero malice is just masterful.

The beauty of this is the patience Nesta possesses to show Messi outside, before waiting for his moment and clearing the danger.

All Messi can do is laugh, and that tells its own story…